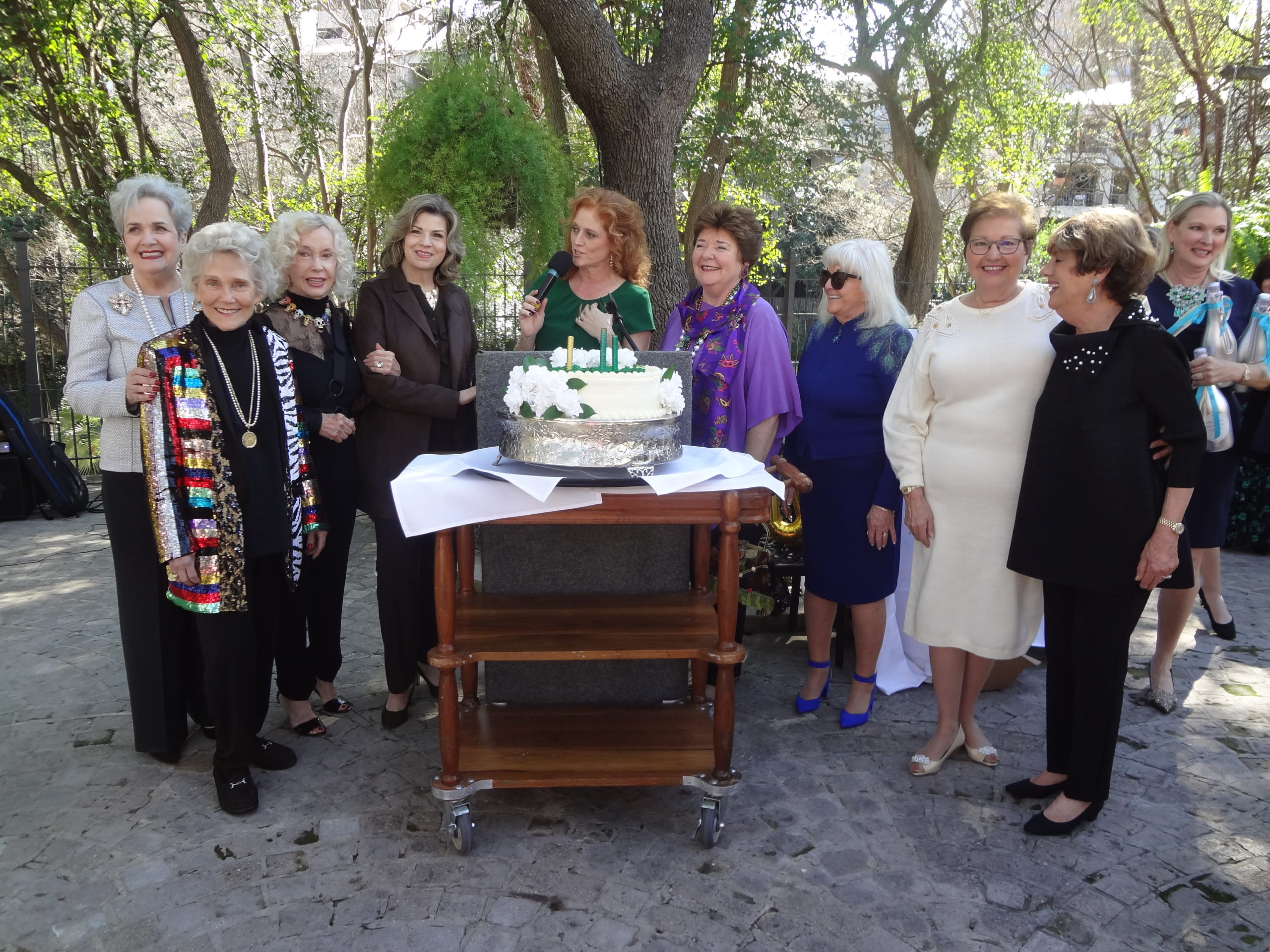 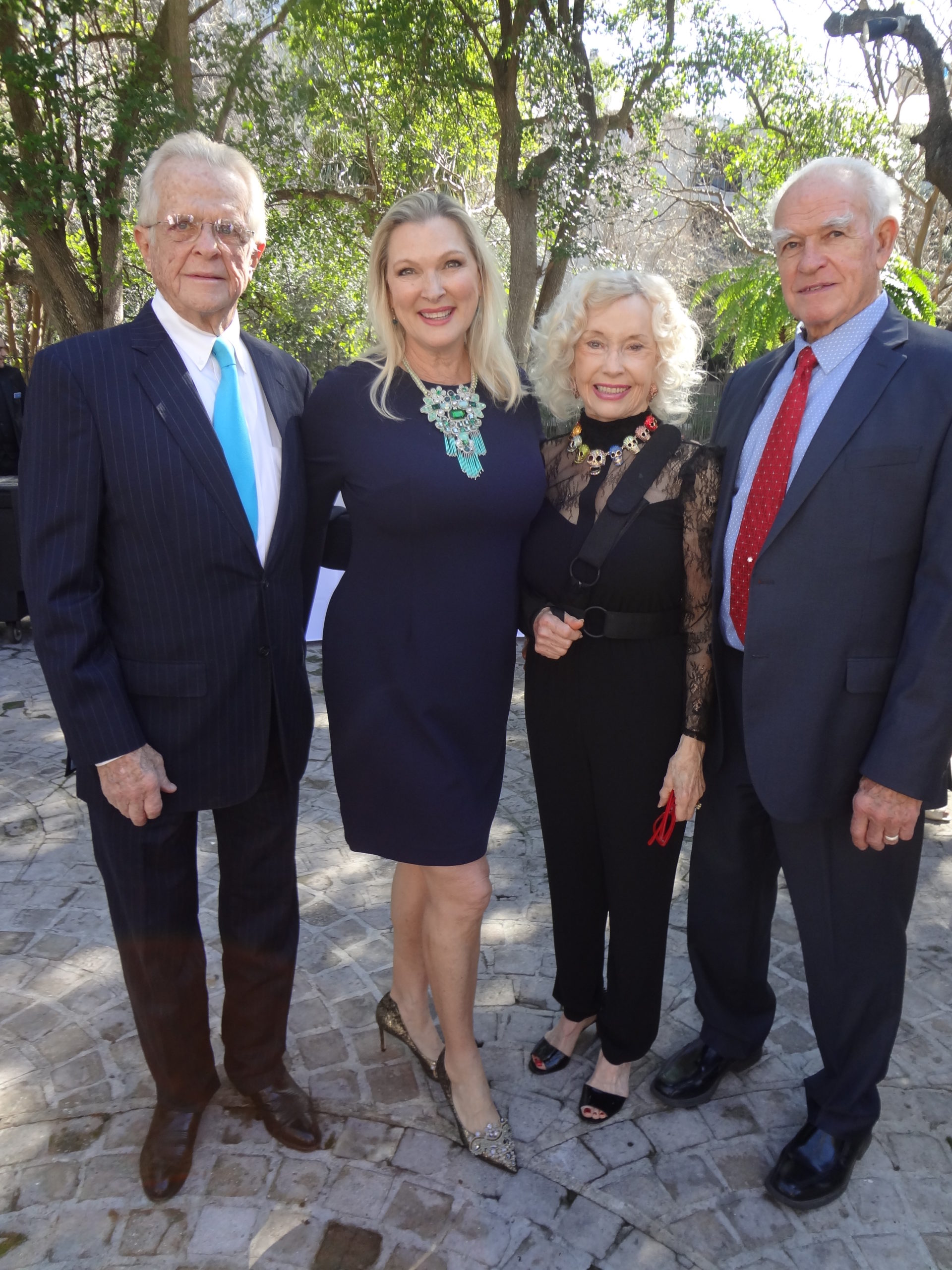 The San Antonio Gardenia and Musical Club was founded by Mrs. E.M. (Thelma R.) Stevens and organized in 1960. The main objective of the Club is to further interest in the fine arts and promote friendships within the membership. The Club presents scholarships every year to students in the fine arts and participates in the Texas Cavalier’s Fiesta River Parade and the annual Holiday River Parade -known for their exceptional floats and presentation. 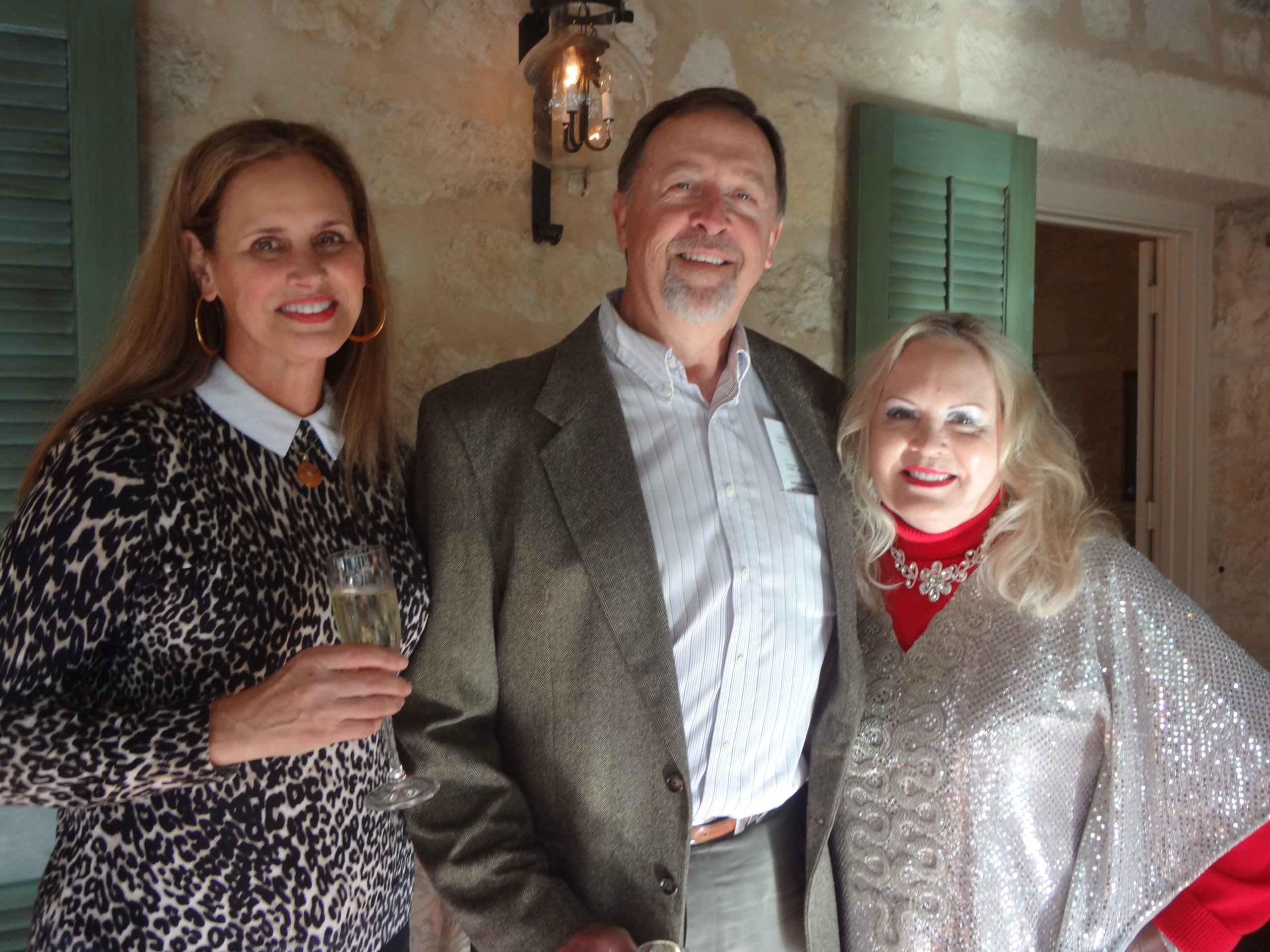 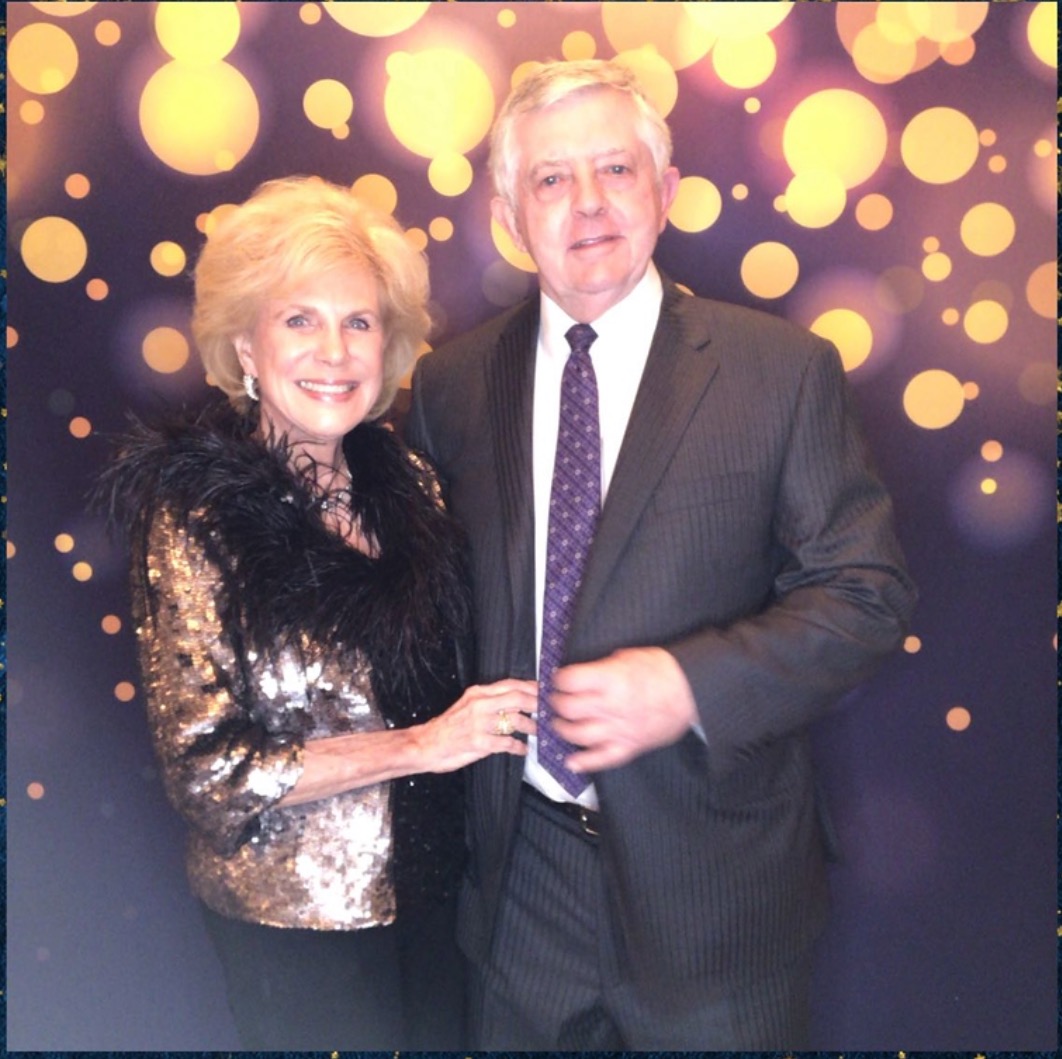 Family, friends, patients, and colleagues gathered at the historic Pearl to celebrate the retirement of Dr. Martin Wiesenthal. Guests dined and danced to one of Martin’s favorite bands, and countless speeches were made celebrating Martin’s 40 years of service to patients in San Antonio. His daughter, an internal medicine physician, Dr. Alexis Wiesenthal, looks forward to seeing many of her father’s previous patients in her practice. Martin looks forward to catching up on some sleep, reading his Mad Magazines from the 50s, John Grisham and James Patterson books and traveling. 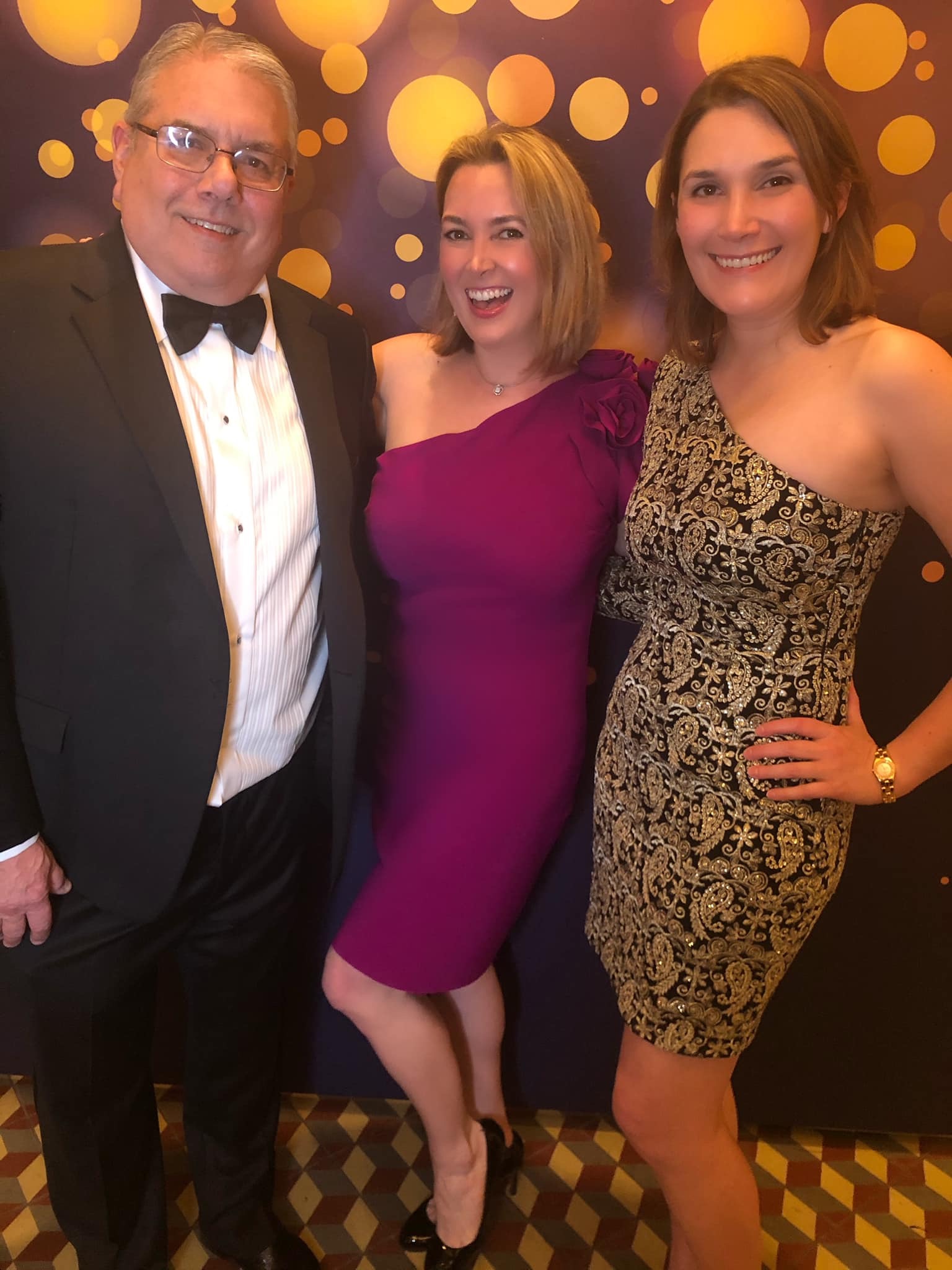 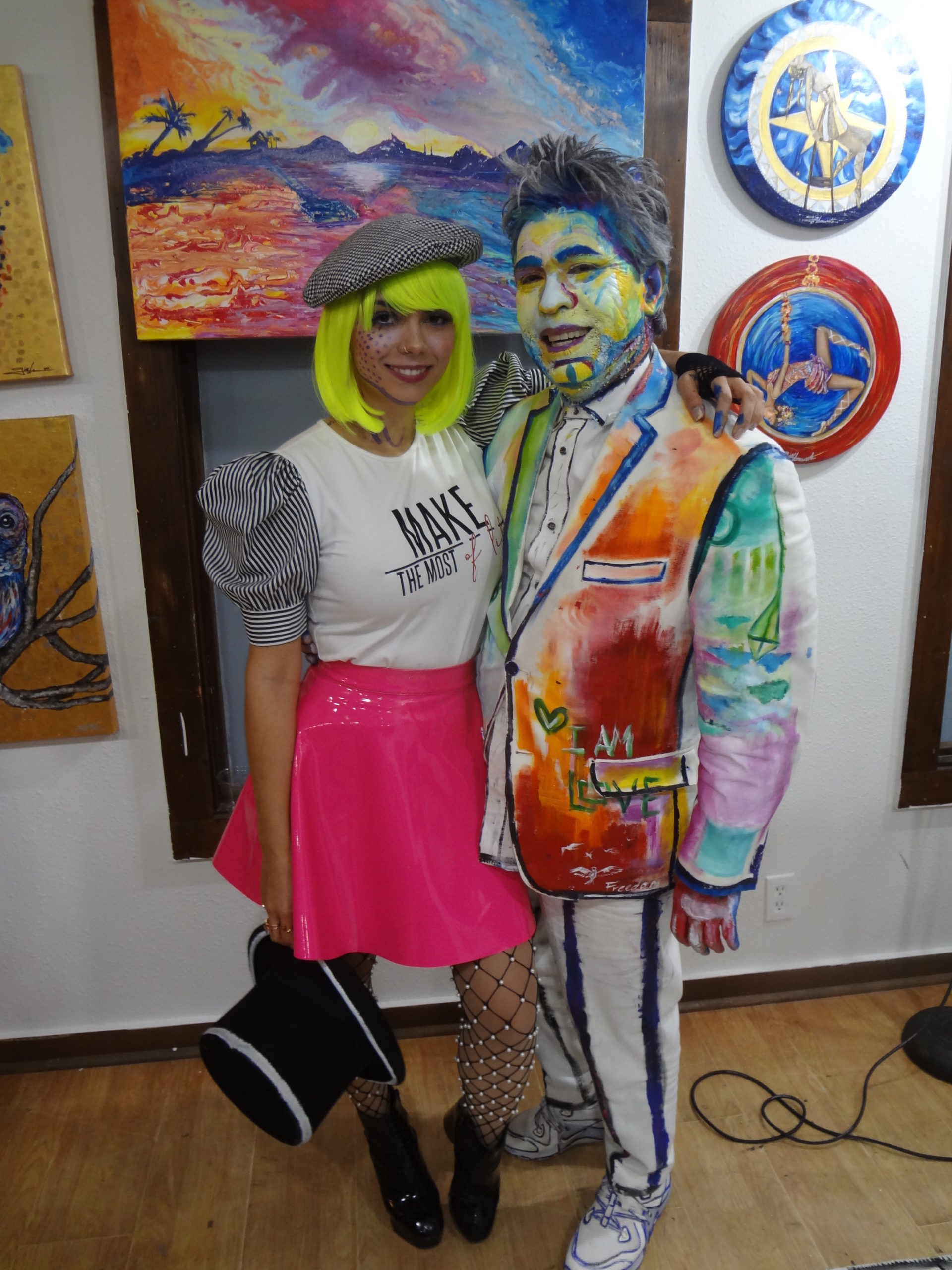 Kicking off Fiesta will be Michael Quintanilla as the Grand Marshall for the People’s Parade on April 16th. He will be leading royalty and Fiesta’s participating member organization. Thirty thousand people are expected to be in attendance, and artist Giovanna DiZurita will create performance art at the event by painting Michael. Michael will also emcee the WEBB party, Champagne & Diamonds Brunch, Fiesta Hat Contest, and the 4-APaws Pet Clinic float in the King William Parade.

St. John’s Lutheran Church has announced the Spring 2020 line-up of performers for its First Friday Luncheon Concert Series. Since 2007, St. John’s has produced and offered the free concerts in the church’s historic sanctuary at 502 East Nueva, on the first Friday of each month from September through May. Performances—which feature local, regional, and national artists begin at 12:05 p.m. and last approximately 30 – 45 minutes. Following each concert, there is a specially prepared lunch by church volunteers, offered in the adjacent Memorial Hall for a $5 donation. Free parking is provided in the lot adjacent to the church.

This year, San Antonians can celebrate in style with some mighty fancy boots embroidered with the official 2020 Fiesta poster. The festive boots along with several other styles are available to purchase at Texas Western Warehouse and retail anywhere from $199 to $299.

Ms. Terry Schoenert, NIOSA Chairman and Fourth Vice President of The Conservation Society of San Antonio, and current President Patti Zaiontz unveiled the 2020 NIOSA® medal on Wednesday, January 29, at a private reception with NIOSA, Conservation Society, and Fiesta dignitaries and guests.
A Night In Old San Antonio® is solely sponsored by and benefits The Conservation Society of San Antonio (one of the nation’s oldest and most active historic preservation organizations). NIOSA is the top fundraiser for historic preservation in the nation and truly lives up to its motto as a Celebration for Preservation. NIOSA runs from April 21-24, from 5:30 to 10:30 p.m.
The medal was designed by the NIOSA team with “lots of artistic help” from Monarch Trophy designer David Durbin. “The inspiration for the medal is NIOSA’s beautiful new logo, which features our beloved cascarone, bursting open with confetti,” says Schoenert. “The gorgeous folk art birds that dangle from the medal will remind people of NIOSA’s and San Antonio’s rich cultural arts since they mimic the birds of paradise found on Amate bark paintings.”

Thai Lucky Sushi Bar
102 Navarro Street
Thai Lucky is a Thai restaurant located in a historic downtown building on the corner of Navarro and E. Nueva streets. They have a healthy approach to traditional Thai cuisine with spring rolls and eggrolls that are lighter, fresher and crispier then you’d expect
and pad thai and other main dishes that
are not overly drenched in salty sauces.
The restaurant itself is very clean and bright
with boasting high ceilings and oversized
windows, great for watching the city go by.

Espuelas Bar
218 E Olmos Drive
Espuelas, which translates in Spanish to Spurs, has opened downtown near the Hays street bridge in the former Big Hops location.
The bar features a large L-shaped bar, indoor areas with plenty of seating and an outdoor patio. They serve craft cocktails, beer and feature live music and DJs that start playing nightly at 8 pm.

Premium Matcha
Cafe Maiko
7115 Blanco Road
Soft serve frozen yogurt, parfaits, tea, frappes, and lattes all containing Matcha. Matcha is a finely ground powder made from green tea leaves reputed by enthusiasts to be beneficial to your health by reducing stress and as an aid to weight loss.