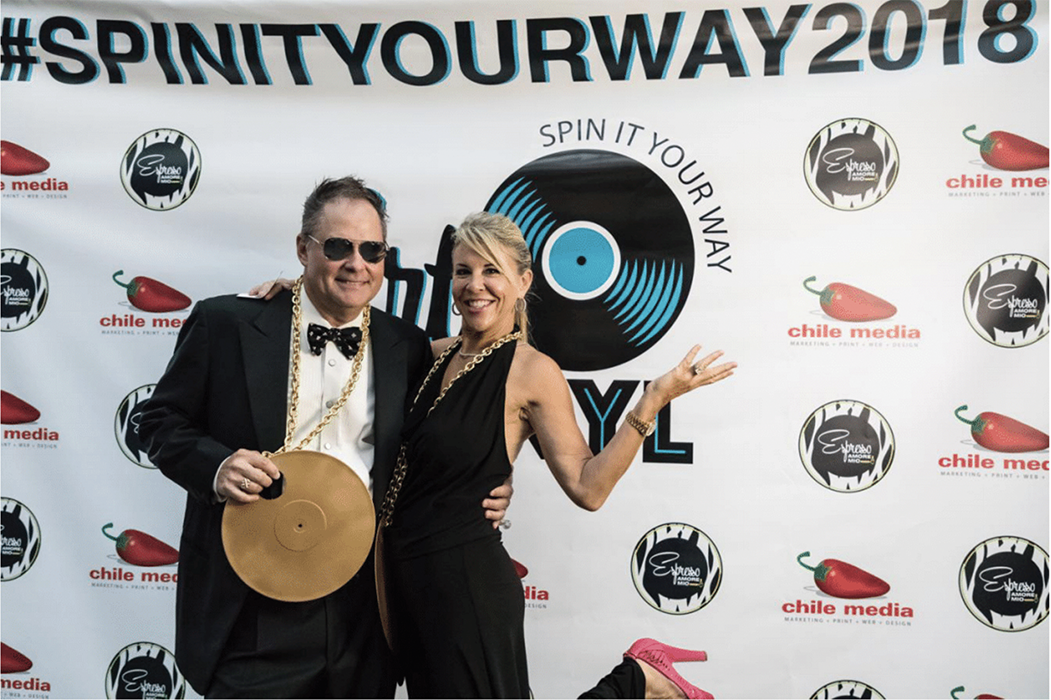 Art Vinyl
The McNay Art Museum hosted Art Vinyl: Spin it Your Way, a new event organized by McNay Contemporary Collectors Forum (MCCF). These one-of-a-kind designs were created by hundreds of artists who designed their creations on vinyl with mediums such as paint, sculpture and collage, among others. All were available for purchase, but the artist was a secret until the purchase was complete. 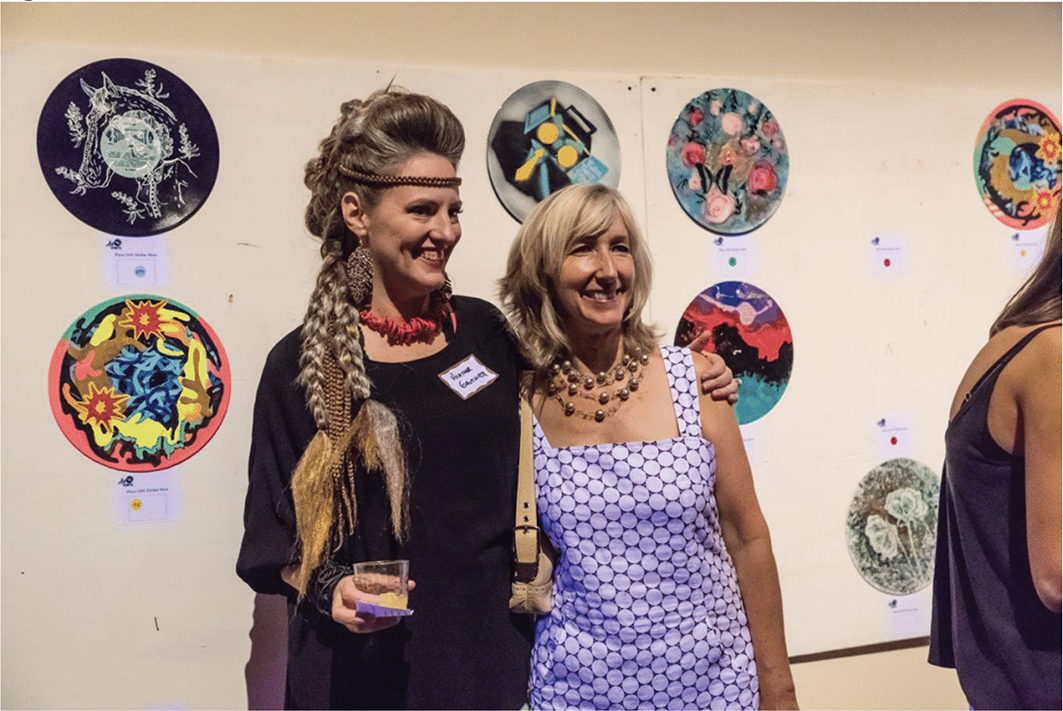 The Ranch Chic Fashion Show
The Ranch Chic Fashion show took place on Sept. 13 at the University of the Incarnate Word Rosenberg Skyroom. Guests enjoyed a show filled with great western attire that can be worn to the 40th Annual Cattle Baron’s Gala and were inspired by the stories of the models who were cancer survivors. Guests also participated in a silent auction, raffle, and dinner provided by Don Strange Catering. It was a fabulous event celebrating life while contributing to the fight against cancer. 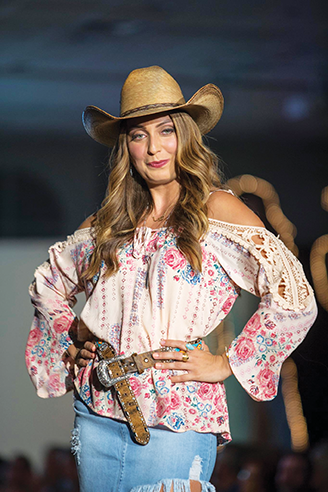 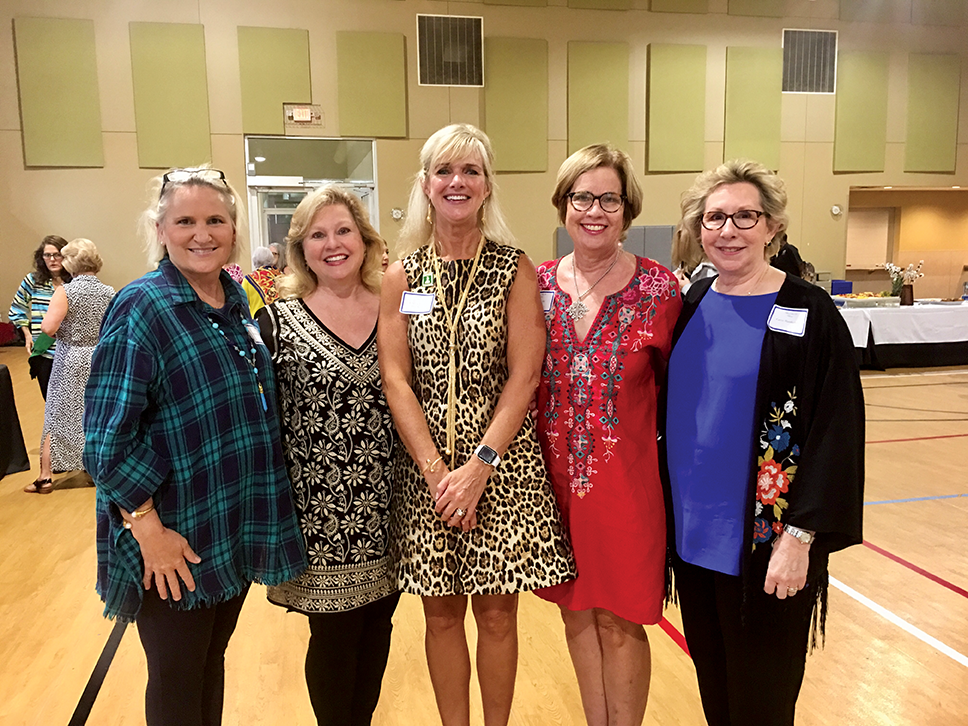 Originally founded in 2004 in Rockport, Texas, by San Antonio natives Larry and Linda Felder, Felder Gallery remained there until their son, Robby Felder, took over ownership and direction of the gallery upon their retirement in 2009 and relocated it to Port Aransas, Texas.

After nine years in Port Aransas, Felder Gallery’s new San Antonio location showcases revolving exhibits that include a mix of contemporary representational art, traditional painting, sculpture and pure abstracts. Felder Gallery takes great pride in representing a variety of professional artists, and all artworks adhere to a high level of quality. Felder Gallery is located at 5934 Broadway St Suite 1, and is open Monday through Saturday from 11:00 a.m. to 5:00 p.m. 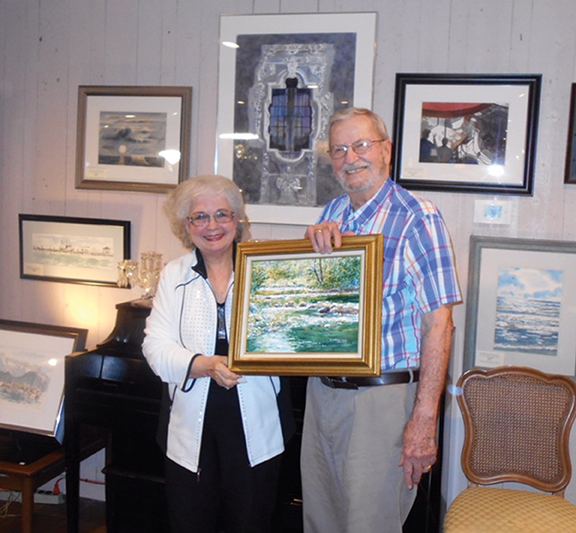 San Antonio Artist Gordon West Featured at Gallery Opening
The seventh in a series featuring the works and collections of local artists, E. Gordon West was given a one man show at the Estate Sale Gallery at Los Patios with a reception on Friday, September 21. The exhibition will continue through October 22.

A long-standing member of the “Watercolor Gang”, West is an active member of The Texas Watercolor Society where he earned the prestigious O. George Pinca award. In 1985, he was Artist of the Year of the San Antonio Art League, and has exhibited with Arts for the Parks.

West has been a contributor to the publication “Texas Hill Country,” and has received over 60 awards in national exhibitions and has works in the permanent collections of the McNay Art Museum, Texas A&M University, and the University of Louisville where he was honored in an exhibition of his paintings as a Hite Scholar.