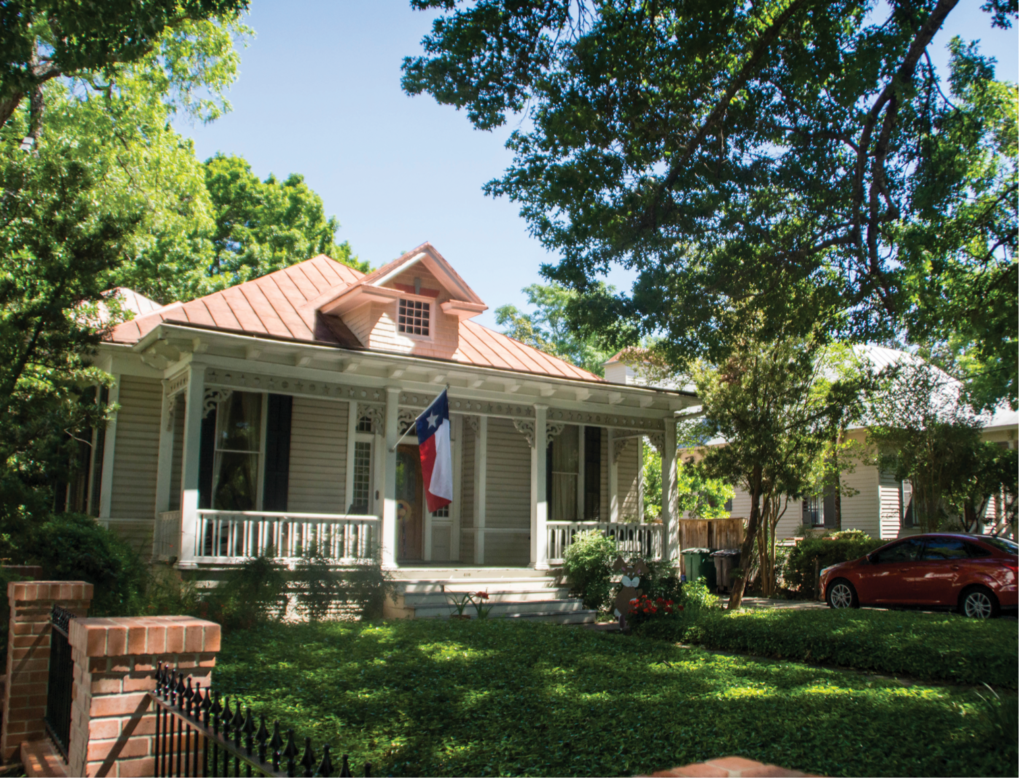 San Antonio City Council voted on December 12 to change some zoning laws in a way to encourage more compatible redevelopment and to reduce demolitions.
Among other amendments in the city’s Unified Development Code, the height of new developments will be restricted to 35 feet if it is neighboring a vacant resident lot. Before the changes, developments zoned for multi-family space could reach a maximum of 45 feet.
Additionally, neighborhood developments must now have a 10-foot setback of at least 10 feet, and new primary residential units are required to face the street instead of each other.
“Importantly, it will protect neighborhoods from out of character development that is too tall, disorients the blockface, and where setbacks are incompatible with the rest of the neighborhood,” District 1 Councilman Roberto Treviño said in a statement.

Alamo Heights City Council on January 13 approved changing the two-way stop intersection at Argo Avenue and Imlay Street into a four-way stop intersection.
Residents living along Argo had voiced concern about the speed and volume of passing vehicles. Residents also voiced a desire for a safer neighborhood for younger children.
Police studied traffic at the intersection over a 24-hour period. According to the data, more than 28% of the 959 total vehicles that traversed the 300 block of Argo were averaging 26 to 30 mph.

Officers had observed that most of the vehicles on this stretch of road were traveling at or less than 25 mph.
Some motorists had failed to comply at the Imlay stop sign.
Residents in nearly 40 homes along the 300 and 400 blocks of Argo signed a petition, lobbying for an all-way stop intersection.

Paul Hudson, a member of Alamo Heights High School Class of 1995, was one of three American firefighters killed in a plane crash as part of efforts to fight wildfires in Australia. He was 42.

Hudson, who was first officer aboard the Coulson Aviation flight, recently retired as a U.S. Marine Corps lieutenant colonel following a 20-year career in the service.
Hudson had attended Alamo Heights High School from 1993 to 1995 and then attended the U.S. Naval Academy. His survivors include his wife, Noreen.

Terrell Hills retained its ranking as the richest city in Texas, according to a list released recently from online data provider HomeSnacks.

Fair Oaks Ranch is the only other South Texas city to make this list, ranking ninth.