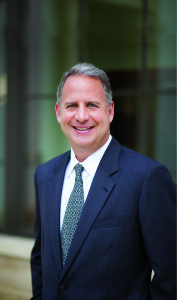 Louis Cooper has always been a very popular guy within the ‘09 ZIP code. And if he has ever needed any reassurance of that flattering fact, he regularly (and officially) gets it at the end of every Alamo Heights election cycle. Yep, not many can offer “legal” proof of their ongoing likability as well as an appreciation for their managerial skills, but in Louis’ case, vote totals just don’t lie.

Since 1998, initially as a city councilman, this dedicated dynamo has been getting nothing but a definitive “thumbs up” from a very approving populace, and frankly, that’s pretty neat. Now beginning his 13th year as AH’s respected mayor, Louis continues to successfully balance multiple roles as loving father and husband, savvy businessman, good neighbor and, as the polls repeatedly attest, an admired public servant.

Louis truly can call the city of Alamo Heights his home. With rare exceptions, he’s lived within its boundaries the majority of his friend-filled life. Way before he ever had City Hall aspirations, he enjoyed happy childhood experiences growing up within ’09. He attended Howard Elementary, then went on to complete worthwhile years at the junior high and at his beloved alma mater, Alamo Heights High School, where he graduated high in his class in 1977. His father was a noted physician, and an inspired Louis entered college at Southern Methodist University with — thanks to his good grades — the idea of pursuing a medical degree too. While there, it’s no surprise that this amiable “people person” was elected president of the Inter Fraternity Council and chairman of the Judiciary Board. However, the heady oil business beckoned, and after graduation, Louis ended up working as a land man traveling across the state seeking leases.
Professionally, there was much more to come. While at SMU, Louis met his future wife, Susanne, who hails from Victoria. By 1985, they were married, and with his new bride at his side, he relocated back to his cherished Alamo Heights, where the energetic Louis dived into the commercial real estate game working for developer Cliff Morton. While he was successful, the entrepreneurial bug bit, and Louis, always an explorer, created a new-for-the-time Internet auto-buying service that, oddly enough, eventually linked up with an existing call center. From that merger, Louis’ current company, Calling Solutions, emerged. Today, that firm has grown to be international in scope with offices in San Antonio, Mexico City and Kingsville. It boasts 2,500 employees serving a client list replete with Fortune 500 companies doing business around the world. Not bad for a homeboy who initially wanted to be a doc.

Politically, Louis got his start at City Hall after a councilman resigned his seat and a replacement was needed to fill out the remainder of the term. Always involved as a concerned citizen, a pleased Louis was tapped, and fortunately for greater Alamo Heights, he accepted. That was 16 leadership-filled years ago, and since then he’s become an appreciated fixture within city government. After being elected in his own right twice more as councilman, Louis was urged to enter the mayoral race in 2003. Winning handily, the can-do candidate has maintained that position through six other contested races. 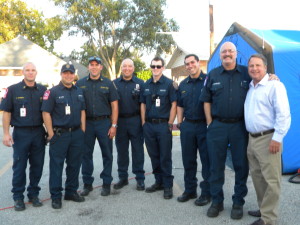 As mayor, Louis was responsible for hiring AH’s first city manager, a move that increased efficiency and improved all aspects of providing cost-effective city services benefiting the 7,500 citizens. He is also especially proud of the hidden improvements to the century-old 1.9 square-mile township he has overseen during his tenure. A good example is that when he first took office, an amazing 30 percent of the water used was unaccounted for. Today, that number is only 3 percent, and waste is almost nonexistent. Now that’s improvement!

For this current term, Louis plans on working closely with federal, state and local entities on a variety of issues, including the flooding on Broadway. He will also continue past efforts to beautify the city through tree planting and by other means. And paramount to many of his supporters, he remains steadfastly committed to a balanced budget without negatively impacting Heights’ exceptional quality of life. Go, Mayor Cooper!

Louis and Susanne live in a comfortable 1927 house on shady LaJara Boulevard. They have two grown children — Zac, who works as the chief operating officer at Calling Solutions, and Charlotte, who was recently recruited to work with Teach for America. Obviously, the senior Coopers are justifiably proud. As a family, they enjoy golfing, hunting and spending downtime at Lake McQueeney. Louis and Susanne are also both very community-minded. He personally serves on numerous boards (many that he was elected to), including San Antonio’s Respite Care, the Cancer Therapy and Research Center, the Bank of San Antonio and, with his wife, the Cattle Barons’ fundraiser for the American Cancer Society, among others.

With so much to admire about Louis’ many selfless contributions to society, it’s easy to see why this man remains so popular. After all, who wouldn’t like (or vote for) the guy who makes sure our garbage is collected on time – and so much more!