Accidental Activist Took on the City of San Antonio and Won 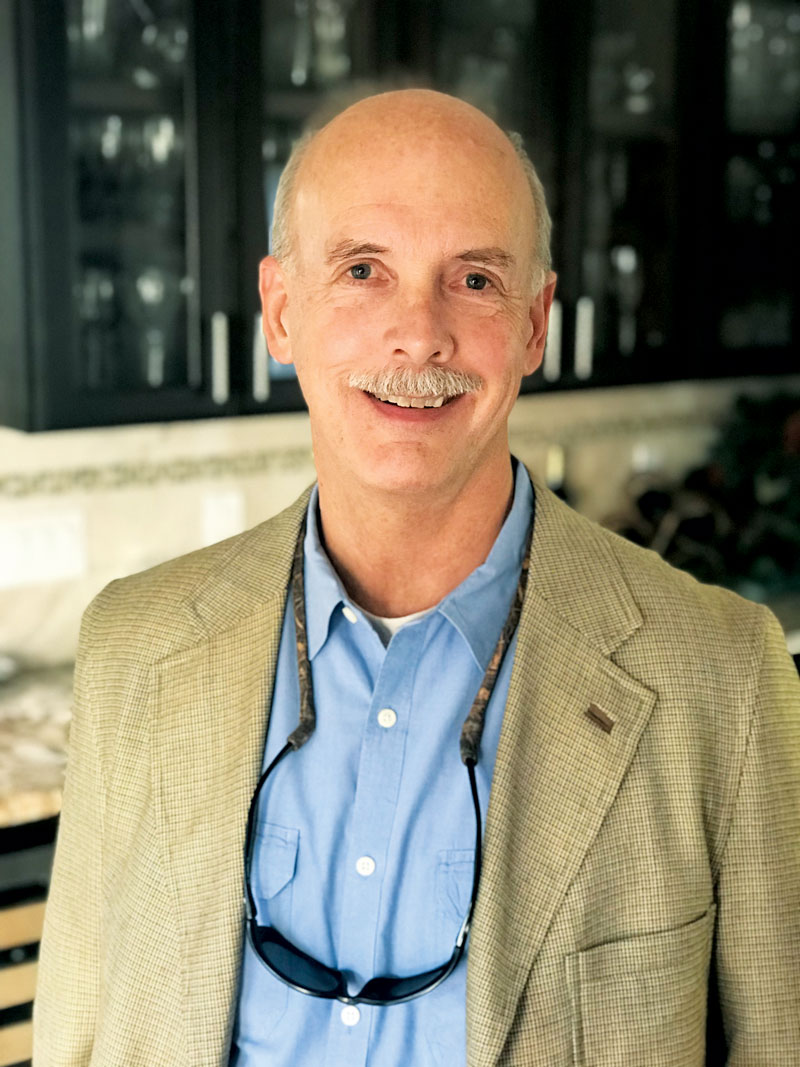 Looks can be deceiving. And that’s especially true when it comes to John Emmett Whitsett. He looks and sounds anything like an activist, a gadfly, a wave maker. But he is all that and more.

Whitsett is soft spoken and thoughtful. A thinker, a mediator, more than a fighter. But when the City of San Antonio and Google joined forces to place a large “Google hut” in Haskin Park, across the street from Whitsett, it got his attention. The hut was part of Google’s installation of fiber throughout parts of San Antonio to facilitate high speed internet.

“My concern was for the neighbors whose homes backed up to the ‘hut’,” he told 78209 Magazine. But he figured the city and google were reasonable people and would be willing to sit down to find a fix to the eyesore in the middle of a small neighborhood park.
It didn’t work out that way. Whitsett says the city simply refused to discuss the matter. Flat out refused.

A developer and real estate broker by trade, Whitsett set out to gather the facts before he launched an effort to get the hut removed from Haskin Park. It was slow going. In December 2016 Whitsett and his neighbors were butting heads with City Manager Sheryl Sculley and her assistants, then District 10 councilman Mike Gallagher, and other city and google execs.

That’s when Whitsett put his investigative skills to work. Son of a lawyer, Whitsett had learned early on the advantage of knowing how to conduct research and fact checking. He poured over city regulations and procedures, examined the Google contract with the city in great detail. He found numerous glitches and failure to adhere to requirements for building in a city park. But it was tough going.

While Whitsett may not appreciate the analogy, think of the proverbial junk yard dog who once he sinks his teeth into something, simply won’t let go. (With all due respect to Jim Croce who wrote the lyrics to “Bad Bad Leroy Brown” and released the song in 1973.)
Whitsett told 78209 Magazine, at one point during the battle with the city, he got a call from someone who told him the city would designate $300,000 out of the pending bond issue for Haskin Park, if he’d back off his effort to move the Google Hut. Whitsett would not say who made that offer. But he would not be bought.

“I never thought I’d become a blogger, a Facebook and Twitter guy, but I did, in order to stimulate the conversation,” Whitsett recalls. He also went to the media with the story of a little park sullied by a “hut” that didn’t belong there.

After former San Antonio Mayor Ivy Taylor and city council member Rebecca Viagran (District 3) got involved, the city and Google caved.
Ultimately Whitsett and the neighbors won. Google agreed to remove the hut. And in September 2017 the hut was removed from the park. It had taken him four months working nearly full time to get the job done.

In the end, the Park also received the $300,000 in the bond issue, for upgrades to the playground, and more. So, who is John Emmett Whitsett? He’d tell you he’s just a guy who cares about his neighborhood. He’s the guy who, when he sees something is wrong, tries his best to fix it. He admits to being stubborn – “my wife would agree with that.” And, he adds, “I can be a bulldog when it’s called for.”
Whitsett was born in April 1959. He grew up in Olmos Park and lived there most of his life, until he moved to the house across the street from Haskin Park. He graduated from Alamo Heights High School in 1977 and went on to Baylor University where he majored in Finance.
After graduation from Baylor in 1981, he went into the real estate appraisal business — was a commercial appraiser for 15 years —and then moved into development and brokerage.

He and his wife, Catherine, were married in December 1993. The two had met in a bible study. Their first date was to play tennis. “All my first dates were tennis dates,” he laughs. They have one son, Jamey, an AHHS grad. He is finishing up at SAC. “He wants to teach history and write. He is an excellent writer,” Whitsett noted.

Whitsett has no plans to run for elective office, but he now embraces public and community service. He joined the Oak Park Northwood Neighborhood Association board in 2017 because “I thought I could help make a difference for our community.” He plans to stay on the OPNNA board for “at least a while.” Whitsett also was named to the board of San Antonio’s “Under 1 Roof” program, which replaces worn and damaged roofs for low income residents. Whitsett has learned to be a stickler for detail. He uncovered what he believed to be a gross overpayment for roofs under the “one roof program.”

Whitsett put the skills he had honed battling the Google hut to work. His fellow board members agreed with his analysis, and the city apparently has now conceded it was paying too much per roof.” He said the board will have to wait until they see the new budget before they will know if the city has followed through on their commitment to adjust payments for new roofs. So, stay tuned on this issue.

For a guy who never wanted to be a gadfly, John Whitsett turns out to be pretty good at it.