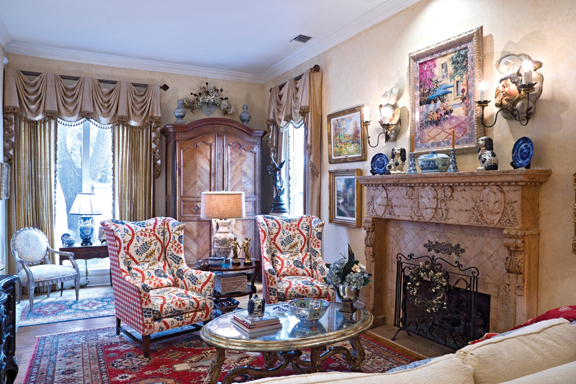 In the summer of 2015, Shane Baker was hunting her next house project when this gem in Terrell Hills “just spoke to her.” Shane and her husband, Baker Shaw, purchased, renovated and sold at least 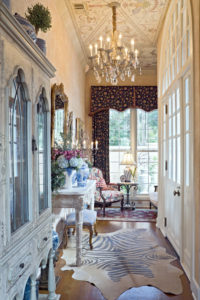 10 houses previously when this one captured their eyes. Built in the early 1980s by legendary San Antonio builder George Montgomery as his personal residence, the generously appointed house was an ideal canvas for Shane to paint her next interior design masterpiece. The Shaws had last resided in Monte Vista, after spending many years in the outer suburbs of San Antonio. The closer in to San Antonio they got, the more they realized how much they wanted to be in the ’09 area. Although Shane had grown up in Brenham, Texas, Baker had grown up in nearby Olmos Park. The lure of going back into a strong community with the old school feel of “everyone-knowing-everyone,” felt like coming home for both of the Shaws. Their children are grown, but living close by, which made having a happy house, one that suited their new empty nest lifestyle, a real priority. This jewel of a house in Terrell Hills fit the bill exactly.

Shane immediately set about to pull out her “toolbox” of house design and called upon Teresa Newell, 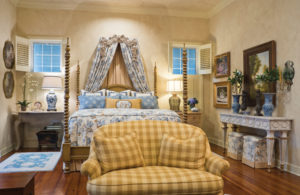 a designer associated with Stowers Furniture, and Shane’s cousin, the Austin designer, Beau Theriot, of the Treasury. Teresa and Shane had worked together for some 15years and had become good friends in the process. Teresa is well acquainted with Shane’s love of Country French style and was extremely helpful in redeploying the acquisitions from Shane’s previous projects. Beau came in with fabulous antiques and an artistic flair to pull it all together into the exquisite scenes you see pictured here. The house hardly looks like a couple just moved in and showcases the completed look of a house that has been carefully tended to for many years. Shane loves projects, and this one has been her favorite by farmostly because she just loves its location. Asked if she would ever leave this area again, she answers with a most affirmative “No way! We are home right here in the bubble.” 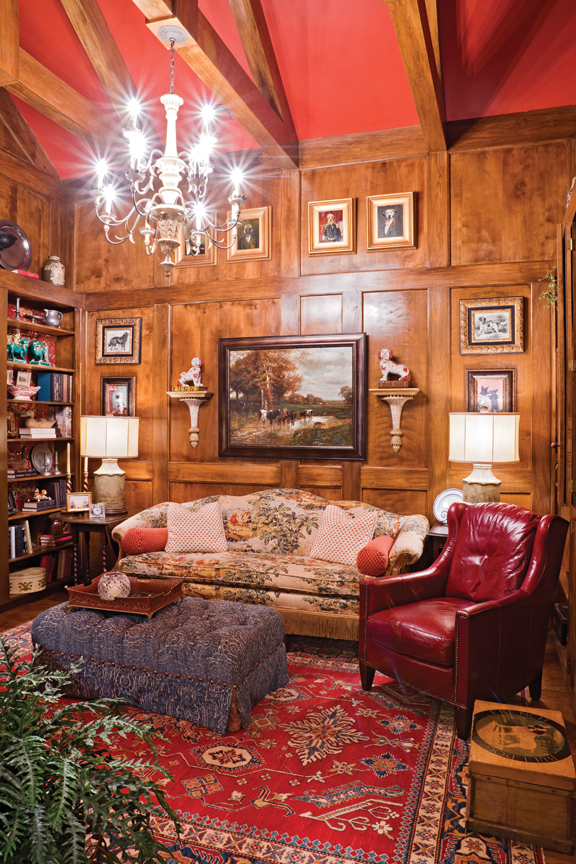