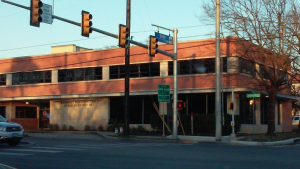 A CVS pharmacy may soon join other businesses lining Broadway in Alamo Heights, the city’s main commercial corridor. For many local officials and residents, it could prove to be a valuable asset in a larger effort to enhance the city’s business-friendly image.CVS Caremark has a contract on property located at 4600 Broadway, where the University of the Incarnate Word (UIW) currently owns and operates the two-story Watson Enrollment Center. The property is less than one acre large on the southern edge of Alamo Heights. CVS had envisioned a retail store measuring more than 12,000 square feet with parking and a drive-thru structure. But first, the company required rezoning and variances from city code to try to make the building work to full advantage on the tract.

On Feb. 9, the Alamo Heights City Council unanimously approved the retail chain’s request to combine four lots on the property into one for replatting purposes. The previous week, the city’s board of adjustment approved a variance to the zoning code not to require an alley or service easement at the back of the property. “We are in the process of revising the site plan and elevations to reflect what has been approved so far,” says local attorney Patrick Christensen, who has been representing CVS in the city’s review of the project. “Preliminary new elevations have been sent to the board of adjustment for comments.”
When CVS approached the city last year about a pharmacy store, some council members and residents showed concern about the initial plans. They questioned whether the property, with a prominent spot on Broadway, should be front-loaded. They also had issues about the proposed size and design, especially with a drive-thru in mind.
“That’s the doorway to Alamo Heights,” Councilwoman Lynda Billa Burke said of the property in an August council meeting. “I think CVS has an opportunity to make this one of its best stores. I think it can help set the tone for what an entrance to Alamo Heights should be like.”
The council then approved a special use permit (SUP) for a drive-thru structure at the store site with conditions, including that the drive-thru sell only pharmaceuticals and close at 9 p.m., and that the permit apply only to this project and not carry over to any other project.
Before deadline for this article, Christensen said the company had been awaiting a final decision from the city’s architectural review board (ARB) on the store’s revised design proposal. Then the council would make a decision on the design. “It won’t look like a typical CVS store. It’ll look more like an Alamo Heights business with the front door facing Broadway and Burr Road,” Christensen said Feb. 10. He added, if all goes well with the rest of the city’s review, CVS could break ground this spring. The UIW building will be razed. Christensen said issues at the enrollment facility, such as the need for asbestos removal, have made the idea of trying to reconfigure the building for a CVS store difficult to realize.

If the CVS store comes to fruition, it would be only the third pharmacy within Alamo Heights city limits, joining Broadway Pharmacy, an independent store, and the one at H-E-B Central Market. CVS does already have a presence in the nearby San Antonio neighborhood of Sunset Ridge across North New Braunfels Avenue, while Walgreens and H-E-B have pharmacies just outside of Alamo Heights city limits.
Alamo Heights leaders are hopeful that additions to the Broadway commercial corridor, such as the CVS on Broadway, can help to expand the city’s tax income base and provide residents with more retail options. Lately, there have been wider-ranging public discussions about how best to improve Alamo Heights’ business sector.
“I drive by the CVS site all of the time and think about what it could be and what it would look like,” Councilwoman Billa Burke said Feb. 11. “I think it is a special project because it will boost our tax revenue and at the same time help the city realize that we need to come into the 21st century with our zoning codes and how we want to do business in Alamo Heights. We are at a point we need to decide if we want to move into the future or remain in a time warp of the 1950s,” she declared.