Alamo Heights Students Test Launch Rocket Alamo Heights High School aerospace engineering students tested their rocket June 22 at the White Sands Missile Range in New Mexico. Every summer, the rocketry students from Alamo Heights High School join rocketry students from other high schools to test-launch their rockets. The Alamo Heights students gathered on campus June 18 to show off the enormous 10-foot, 600-pound rocket that they designed and built this past school year. Their plan this summer involved sending a payload of penicillium 56,000 feet into the air and seeing whether radiation has any effect on the bacteria’s potency or growth. On launch day, the Heights rocket was lit and lifted 20 feet above the rail. However, it turned onto its side and crashed to the ground where it burned. Students, educators, and supporters said even in these instances, it’s where the students from the Alamo Heights High School rocketry program learn lessons they can apply to future efforts. 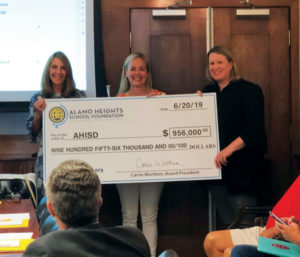 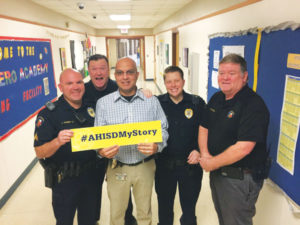 Meals for Shields with AHPD

Meals for Shields Alamo Heights Independent School District launched a new program that offers a free lunch to area officers visiting our district elementary schools. The Alamo Heights ISD Meals for Shields program will provide a free nutritious meal to any officer who is willing to sit down and eat lunch with students. The program is designed to allow students to see officers as role models, offering students early relationships with police and to let them get to know officers as people. It also helps that more officers on campuses will act as a deterrent, which improves school safety. We want to show the kids that the officers are their friends. We want to make them safe and to be able to come to us when they have a question or a problem. If an officer wants to participate they must be in uniform when they check in at the front office. After that, they will head to the cafeteria where they will enter the lunch line with the students and eat together. For information, contact the Alamo Heights Independent School District Communications Office at (210) 804-7564. 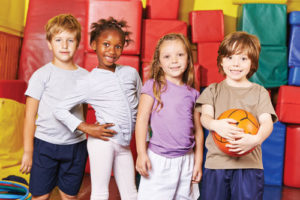 Afterschool Care is Right at School Launching in fall 2019, Right at School is offering its nationallyrecognized before and after-school programs at Alamo Heights Independent School District. These programs will be hosted every day that school is in session from 7 am until 6 pm. They provide a safe, fun place for children before and after school. The curriculum includes a focus on homework completion, physical fitness activities and fun. Program options include; coverage for days off from school, flexibility in scheduling and discounts. (Before school care will not be offered at Howard Early Childhood center.) Learn more or register at: www.rightatschool.com

Howard and Cambridge Named State and National Schools of Character You could hear the collective cheers from one end of Alamo Heights Independent School District to the other, as students and staff of Howard Early Childhood Center and Cambridge Elementary learned that their schools were named State and National Schools of Character by Character.org. This prestigious designation is awarded to schools based on Character.org’s 11 Principles of Character, which include providing students with opportunities for moral action, fostering shared leadership and engaging families and communities as partners in the character-building effort. Each year, Character.org certifies schools and districts at the state level that demonstrate a dedicated focus on character development, which has a positive effect on academic achievement, student behavior and school climate.

Howard and Cambridge staff members will share their initiatives and efforts as presenters at the national conference in October, at which time they will also be honored for their national award. Enrichment and Fun in a Summer Camp Setting Summer at Heights is designed for students from Kindergarten through 8th grade, and host courses provided by Alamo Heights Independent School District, other certified teachers in the area, as well as some of San Antonio’s leading professionals. Campers experience new adventures, expand existing horizons, arouse curiosity, exchange ideas and products, stimulate creativity and enjoy lots of fun in the process. 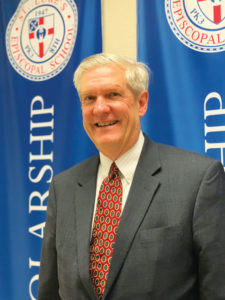 St. Luke’s Episcopal School Welcomes Back Former Student as New Interim Head of School St. Luke’s Episcopal School is pleased to announce the Rev. Dr. James Hamner as interim head of school for the 2019-2020 school year. And this isn’t Dr. Hamner’s first experience with SLES, as he attended this very school as a 6th grader in 1969. And now, almost exactly 50 years later to the day, he returns to the hilltop eager to share his wealth of experience and continue St. Luke’s tradition of excellence. “I am very excited to return to St. Luke’s to work with the board of trustees and all members of the SLES community,” says Hamner. “St. Luke’s is an excellent Episcopal school with a strong and proud legacy of nurturing students of intelligence and character. Building on the wonderful work of the board, administration, faculty, and staff this past year, I am committed to facilitating a strong transition to what will be a bright future for SLES.” An ordained Episcopal priest for over 35 years, he has always recognized the value of chapel services for the spiritual development and character education of students. Hamner is thrilled for the opportunity to return to his pastoral ministry through daily morning chapel services at SLES.  “James has hit the ground running working to advance SLES,” says Board Chair Will Collins. “Having spent more than thirty-five years in Episcopal school education, administration, and leadership we are excited for him to share his talents and passion to strengthen every facet of our school and continue to propel our growth.” 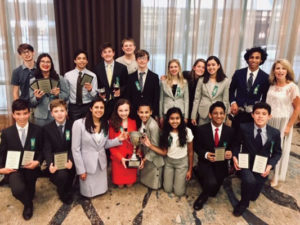 Saint Mary’s Hall Middle School Speech Team Excels at National Tournament The Saint Mary’s Hall Middle School Speech team brought home the highest award possible at this year’s National Speech and Debate Association’s Middle School National Tournament. SMH students competed in a crowded field of 189 schools from the United States, Canada, and Taiwan. The team has a long history of success at this competition, and in previous years has taken home the School of Excellence Award in Speech, which is awarded to the top five speech teams in the nation. However, this year the SMH team received the Speech and Debate School of Excellence Award, granted to the top three speech and debate teams in the nation. This award is usually only given to schools with both speech and debate teams, but the SMH Middle School Speech team scored high enough to rank above not only the other speech teams, but also schools with both speech and debate teams. “In the 2 ½ weeks leading up to the tournament, the team collectively put in more than 500 hours of practice,” said their coach, Middle School Speech and Drama Teacher Rachel Warnecke. “Their performances exceeded my expectations. I couldn’t be prouder of the way these students used their voices to advocate and perform.” Congratulations on a job well done!