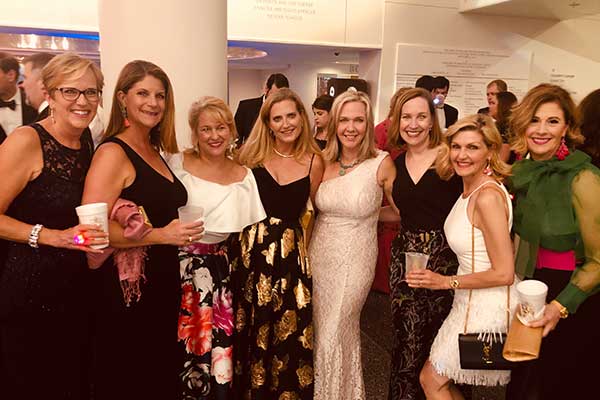 Event planners and hosts Rob Marshall, David Hildebrand, Rob Finney, and Dan Mullins planned the annual Fiesta Town Party at the Tobin with entertainment by Mothership, a Led Zeppelin feature band that performs classic rock favorites.  There were dressed up gals handing out tequila shots and Jell-O shots from their fancy trays, stilt walkers in big demand for selfies, a photo booth provided vintage black and white photos, and a mac and cheese bar. 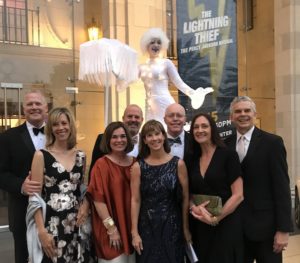 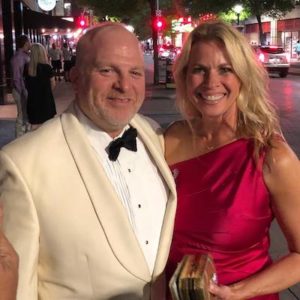 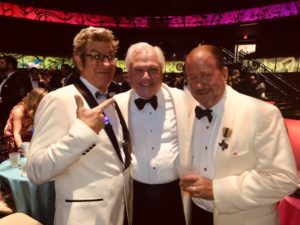 Make It Your Mission Celebration

Celebrating Mission Heritage Partners’ 35th anniversary of working with the National Park, this evening event took place at Mission San José in early April before the Fiesta frenzy. Established in 1984, Mission Heritage Partners is the official friend group to the San Antonio Missions National Historical Park. The group has raised more than$4.25 million for special projects at the historical sites. The celebration kicked off with music by USAA Jazz Combo and Mariachi Campañas de America, followed by a Spanish Colonial dinner under the starlight sky. 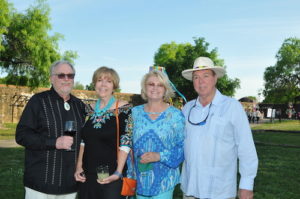 Harry and Jimmie Balling with Theresa and Fred McComas 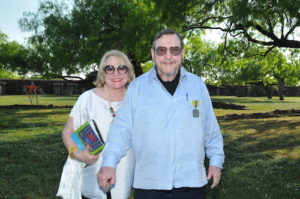 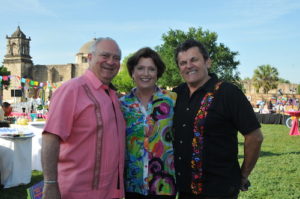 Broadway’s original summer camp will shine its spotlight at the Charline McCombs Empire Theatre Monday, August 5 thru Friday, August 9. In partnership with Las Casas Foundation, it is the only dramatic camp in San Antonio that immerses young aspiring artists in a week of theatrical training and rehearsals with professional actors from Los Angeles and New York. 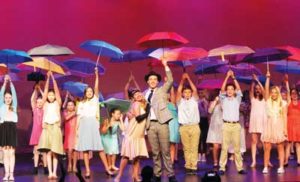 Open to all skill levels, Camp Broadway is a five-day summer camp from 9 a.m. to 5 p.m., designed to immerse children ages 10 to 17 in an authentic Broadway rehearsal process. No previous theatre experience is necessary to enroll in the camp.  After a week of training, the program culminates in a special on-stage performance for family and friends with professional actors at the Charline McCombs Empire Theatre. The Mainstage package includes 5 days (40 hours) of instruction and activities including intensives in singing, acting, and dancing taught by Broadway professionals, t-shirts, headshots, a keepsake playbill and more. 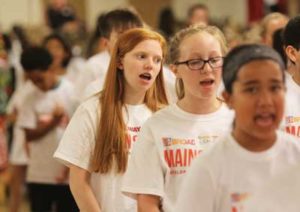 Hurry to reserve your child’s place in the spotlight, as registration is limited. Registration is available online at www.campbroadway.com.

The Briscoe’s National Day of the Cowboy 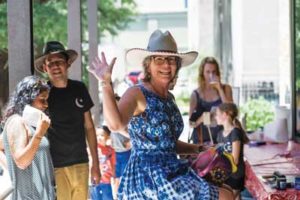 The Briscoe Western Art Museum invites everyone to their celebration honoring the legacy of the cowboy on July 27, from noon til 4 pm. This family-friendly event was inspired by the Museum’s new Summer exhibit Into The West. The event will include live music by the Barditch Hippies, cowboy character actors, roping and branding skills, cowboy crafts and even a Briscoe jail where event-goers can send friends and then bail them out with cash donations that benefit the Briscoe Western Museum.