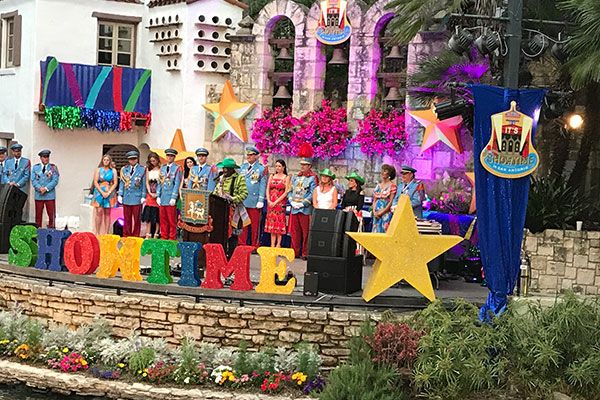 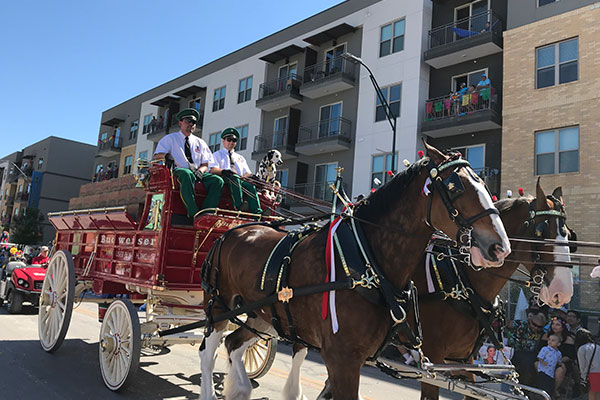 And let’s not forget Happy Happy Hazel, El Rey Fido, XVII; Michael Quintanilla-parade judge, event emcee and chapeaux designer extraordinaire, Tencha La Jefa-WEBB party’s drag queen legend and Ada Vox-WEBB party headliner; Tawana Timberlake-boot designer and parade judge, and winner of the glitz and glam best hat category for her Cher meets My Fair Lady ensemble at the Women’s Club Fiesta Hat Contest and Luncheon… The Fiesta King’s Cup Polo Party catered by Chef Brian West, And over at an almost washed out Taste of the Northside, the sun came out at the last moment and it turned out to be a beautiful night, and speaking of beautiful… Marshall T. Steves III, President of The Order of the Alamo, crowned Claudia Leudemann Kiolbassa, Queen of the Court of America the Beautiful. Mistress of the Robes Elizabeth Roberts brought beauty to the stage. A few words that come to mind…stunning, breathtaking, impressive, and magnificent. The colors were spectacular!

Did you, along with 500,000 others, see Pat Green as Grand Marshall of the Battle of Flowers Parade, and by chance did you get down and do the twist with Chubby Checker, Fiesta Flambeau’s Grand Marshall? Beautiful weather held for the 35,000 plus crowd attending the King William Fair, and thousands of high school band members rocked the Battle of Flowers Band Festival. And let’s not forget our four-legged friends frolicking in the Fiesta Pooch Parade. With so much to do and so many choices during Fiesta, it can sometimes be hard to cover it all, but rest assured, everyone had fun. A big thanks to all the volunteers, Fiesta Commission officers, and staff for a Fiesta well done!

Villa Finale Museum & Gardens celebrated and honored Chris Carson, FAIA, with the 2019 Recipient of the Walter Nold Mathis Preservation Award. Guests in their western attire dined on upscale Texas cuisine food stations by Don Strange of Texas and musical entertainment was provided by The Rick Cavender Band. The evening was inspired by the art of Mary Bonner.

James B. Milliken, chancellor of the University of Texas System, was the featured speaker. He was interviewed during a Q-and-A session by Dr. William Henrich, president of UT Health San Antonio. This year’s theme, Honoring the Past & Celebrating the Future commemorated the SA Cancer Council’s 35th anniversary.

The bank wants to develop a 10-story, 180,000-square-foot commercial structure at 1900 Broadway with developer Milam Real Estate Capital as its partner.

Some space will be leased out to other tenants. Jefferson Bank’s current main office is located on the Northeast Side.

Jefferson Bank’s new corporate campus would be in a part of the Broadway corridor that is busy with redevelopment. Silver Ventures is nearby constructing a 10-story office building that will serve as a new headquarters for Credit Union.

GrayStreet Partners plan to develop a 20-story office building in the 1600 block of Broadway, a structure that is said to include an upscale W Hotel from Marriott.

GrayStreet has plans to convert a neighboring 23-acre tract, into a mixed-use retail and office development. Alamo Colleges is developing its new main offices in the same area.