The much-anticipated Hamilton will be playing at the Majestic Theatre on May 7-26th. An American Hip-Hop Musical is a sung-and-rapped through musical about the life of American Founding Father Alexander Hamilton, with music, lyrics, and book by Lin-Manuel Miranda, inspired by the 2004 biography Alexander Hamilton by historian Ron Chernow.

Olmos Park was the setting of a beautification project, Plant the Park, on April 13. A year in-the-making, the project was shepherded by resident John LeFlore who forged a partnership with San Antonio Parks and Recreation to beautify the intersections of Contour Drive at Dick Friedrich Drive and Olmos Drive to make these more charming and welcoming gateways into the Olmos Park neighborhood.

Members of Olmos Park Youth Commission along with the Frank Peterson-led Boy Scout troop 809, founded 26 years ago by Olmos Park neighbor Jim O’Brien, turned out to help with the planting.

After the trees were carefully planted into the ground, San Antonio weather provided a heavy dose of rain. The sun followed later to finish the job.

The city of San Antonio will maintain the plantings for three years and will host an annual event to assess their progress.  The plantings, which are labeled, include Anaqua, Crape Myrtle, Desert Willow, Dogwood, Eve’s Necklace, Mexican Buckeye, Mexican Olive, Mountain Laurel, Possumhaw Holly, Redbud and Retama.

The San Antonio Symphony League hosted the 49th Annual Symphony Ball: An Evening in the Gardens of Versailles, with the presentation of the 2019 Symphony Belles and escorts:

Macy’s Backstage
Macy’s plans to open its third Backstage outlet store at the North Star Mall sometime in June. They have two other locations in San Antonio at the Rim and Ingram Park Mall.

LEGOLAND
Discovery Center LEGOLAND is a new indoor kids play space at the Shops at Rivercenter in downtown San Antonio. The entrance is on the street level next to Alamo Plaza. LEGOLAND has two rides where adults can ride with their children. There is also a classroom for LEGO building workshops and private rooms for birthday parties.

Mo’s Irish Pub
Mo’s Irish Pub, located in the Quarry, has happy hour from 3PM-6PM Monday through Friday.
They have live music every Thursday, Friday and Saturday night. They have a reasonably priced full menu with lunch specials, dinner and a kid’s menu. Word on the street is that their Wisconsin Fried Cheese Curds are AMAZING!

Baklovah Bakery & Café
This new Turkish bakery and café is located in Southtown near Blue Star complex. They have an outdoor patio and are dog-friendly. Some of their specialties are their pizza, Gyro plates, Turkish delight and cannoli’s.

Kilwins
Kilwins will be located downtown at 109 Alamo Plaza. They plan to open sometime this summer. They will serve hand crafted fudge, old-fashioned peanut brittle, caramel apples,
chocolate confections and over 40 flavors of their “original recipe” ice cream in a nostalgic setting. 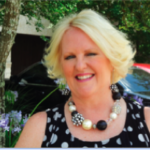 Leslie Foley, columnist for The Buzz and Outside 78209, was born and raised in Oklahoma, where she earned a public relations and journalism degree from Oklahoma State. She moved to Texas over 30 years ago and has made it her home ever since.  Aside from her work with 78209 Magazine, Leslie works full time with the Ronald McDonald House as their capital campaign coordinator. She enjoys the opportunity to stay connected to people, events and happenings across the city. In her free time, she likes spending time in her gardens, visiting with friends and family, photographing events, catching a Spurs game or simply relaxing by watching an old classic movie.