Peter Mako, a sales executive with Wortham Insurance, was appointed to the Terrell Hills City Council on Sept. 23. Mako replaces Marilyn Eldridge, who resigned due to health issues. 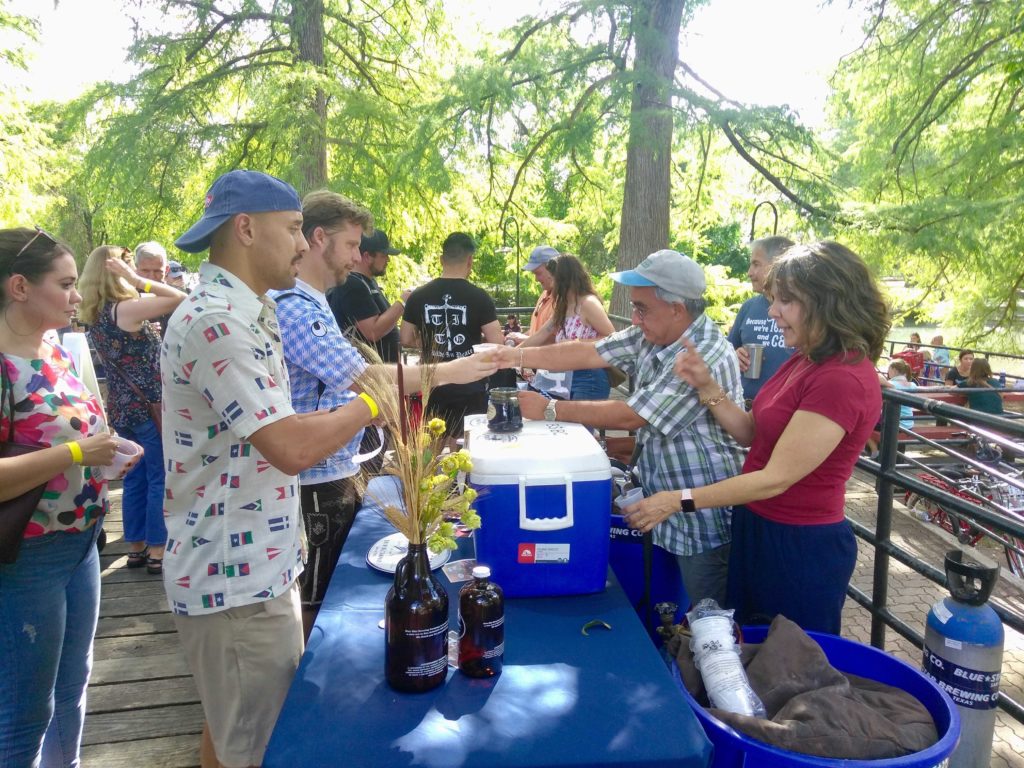 ‘The Bloggess’ to open a bookstore in Heights

Local author Jenny Lawson, also known as The Bloggess on her social media and blogs, announced plans to open Nowhere Bookshop, a bookstore and bar, this fall in the 5000 block of Broadway. According to Lawson’s announcement, Nowhere Bookshop will primarily offer new books. The store will also host readings, signings, workshops, and other events. The bar will sell beer, wine, pastries, and cider. Lawson, the prospective space, formerly El Paso Import Co., needed some improvements before it could be converted into a bookstore.

The Alamo Heights City Council met Sept. 9 to deal with a couple of problems concerning the swimming pool. The council awarded a $95,000 contract to the Rosin Group to conduct engineering and design for needed repairs and renovations around the pool. The city determined fixes and improvements can be completed in-house at a savings of more than $80,000. The council also directed City Manager Buddy Kuhn to negotiate a contract with Interpool Inc. to handle leak detection and to apply an emergency fix to one leak that was discovered underneath the pool. The contract was not to exceed $50,000.

The Alamo Heights Architectural Review Board in August approved the design for a proposed monument that pays tribute to President John F. Kennedy. The city has been reviewing plans to place a landmark sign at Broadway and Ogden in front of Cambridge Elementary School. The City Council was briefed on the project in September. The monument would feature a photo that Jim Berg took of Kennedy’s motorcade as it passed in front of Cambridge on Nov. 21, 1963, the day before the president was assassinated in Dallas. Berg’s photo has recently been on permanent display inside City Hall.

Early in September, Athletic Director Jennifer Roland and Alamo Heights High School Principal Cordell Jones each submitted a letter of resignation from the Alamo Heights Independent School District (AHISD). Superintendent Dana Bashara informed parents of the departures in letters to parents. Jones and Roland each cited personal reasons for their resignations. Debbie Garinger was appointed principal of the high school principal for the remainder of the 2019-2020 academic year. District aquatics coordinator Norm Collins has been serving as athletic director. The district plans to look for permanent replacements next summer.

U.S. News & World Report has released its annual 2020 Best Colleges rankings, and the University of the Incarnate Word (UIW) has been ranked 27th in the nation in universities providing social mobility.

Additionally, for the first time, UIW is ranked No. 272 among “national universities.” This is the highest tier of the report ranking universities that offer a full range of majors at all levels, including doctoral and professional practice doctorates.

In the social mobility category, the report states: “Economically disadvantaged students are less likely than others to finish college, even when controlling for other characteristics. But some colleges are more successful than others at advancing social mobility by enrolling and graduating large proportions of disadvantaged students awarded with Pell Grants. The vast majority of these federal grants are awarded to students whose adjusted gross family incomes are under $50,000.”

Silver Ventures in September unveiled designs for Oxbow, a new building and plaza being built along the Broadway corridor near Pearl. Close to Pearl, the eight-story Oxbow will feature office space, food and beverage options, and retail and public spaces. Local architect Don McDonald designed the structure, which is scheduled for completion in spring 2020. Plans called for light-filled public spaces with storefronts, café patios, and tree-lined courtyards around Oxbow. Regional artists, artisans, and sculptors will animate the spaces, while the main entrance on Broadway will feature a 20-foot-tall ceramic mural by artist Diana Kersey. Silver Ventures also announced Southline, a modern apartment community, coming this month to the Pearl area.

Southline’s name describes the physical location of the community, which creates the south line of the property, and the cab and baggage companies that once occupied the property. 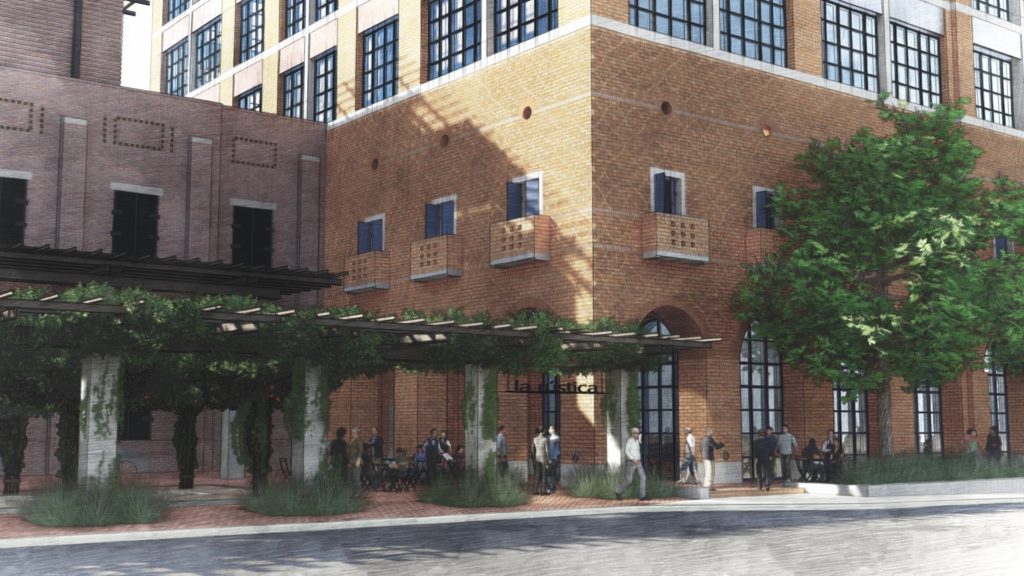 Rendering of The Oxbow. Courtesy/Don McDonald

Dallas-based restaurant Ida Claire opened its first San Antonio location on Oct. 7 at 7300 Jones-Maltsberger Road. Ida Claire offers Southern cuisine for breakfast, lunch, and dinner, as well as a vinyl hour — a happy hour during which patrons can request the playing of a classic record. The restaurant donated 50% of sales from opening day to the Junior League of San Antonio. Ida Claire fills space previously occupied by El Machito restaurant.