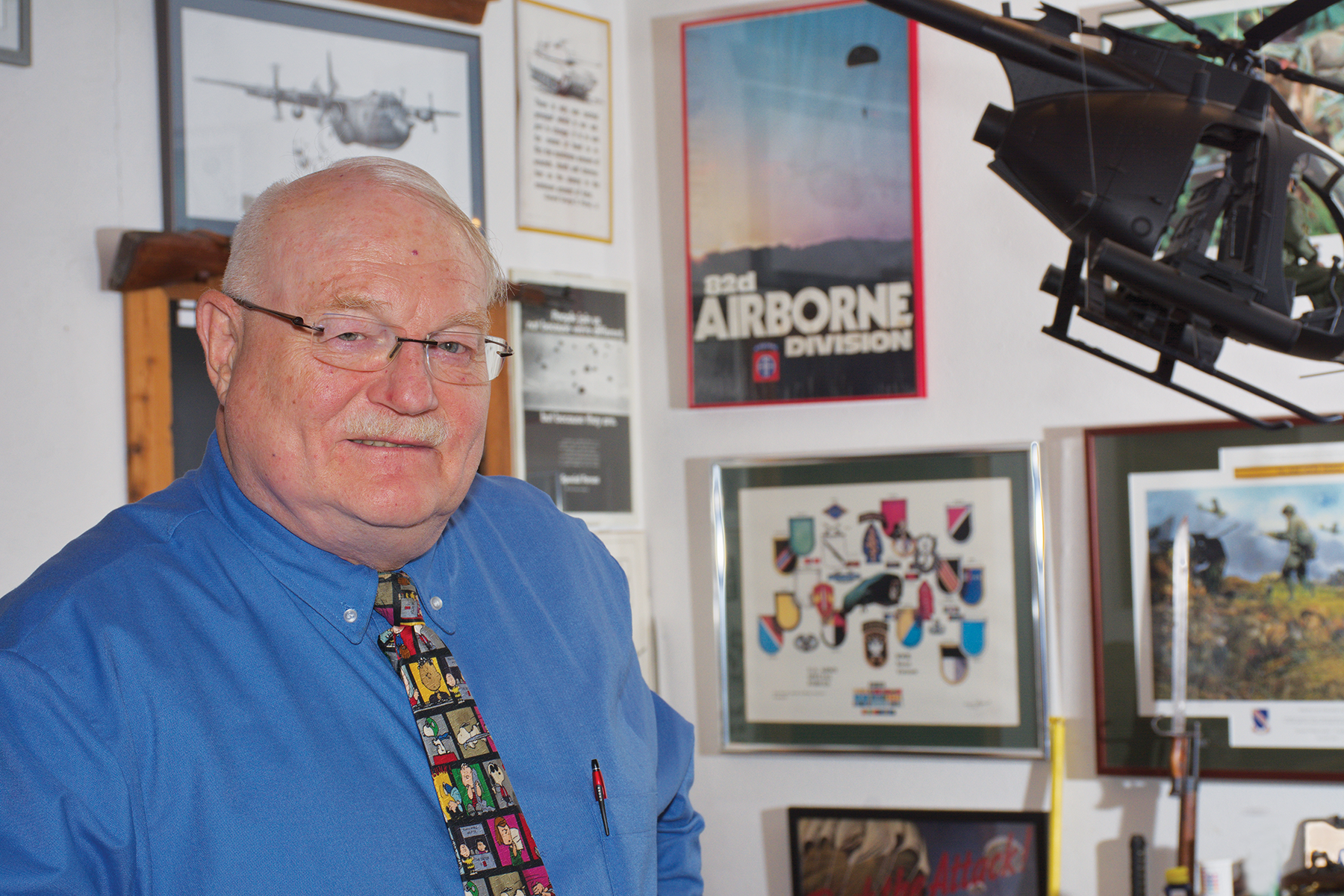 Some folks just seem driven to fill their days as productively and beneficially as possible. Volunteering, doing for others and above all, making a difference – these are the hallmarks that set the few apart from the rest of us and, as a society, we are distinctly blessed by those called to such laudable ends. Really, for these special individuals, “in the service of others” is more than a catchphrase, it’s a dedication.

And, when reading the resumé of one such representative, the word “service” has so many applications that it would be hard to describe his active and very fulfilled life without its use. Consider 78209’s Wayne Christian – judge, warrior, solicitor, peace officer, prosecutor, teacher and above all, benefactor. From early adulthood onward, this indefatigable and industrious jurist, soldier and citizen has repeatedly found himself in the forefront, here and abroad, on behalf of his community and country continually “serving” in myriad capacities, always for the betterment of others.

A native ‘09er, Wayne grew up in Alamo Heights attending its schools, playing on its streets and happily doing what all the other kids were doing throughout the heady 1960s. However, after graduating from Trinity University with a BA in Economics then on to St. Mary’s University where he earned his law degree, Wayne, in the late 1970s, “broke ranks” with others of his, at times rebellious, anti-establishment generation and, as a newly commissioned Second-Lieutenant of Infantry in the United States Army (due to his earlier participation in the ROTC) opted for a career in the military – a path not chosen by many of his peers during that raucous period. Over the course of the next three decades, Wayne, as an Airborne Infantry and Judge Advocate General’s Corps (JAG) officer, would find himself overseeing diverse and complicated legal issues pertaining to the armed forces in duty stations from coast to coast (in the U.S.) as well as in Europe, the Middle East and Central America while participating in some of our nation’s largest actions including Operation Just Cause (Panama) and more recently, Operation Enduring Freedom (Afghanistan). Eventually retiring from the service as a full Colonel with 109 static-line parachute jumps (that he admits resulted in the occasional broken bone and/or concussion) as well as acquiring multiple prestigious awards and decorations including Master Parachutist Wings, the Legion of Merit and a Bronze Star, another might opt for a little, or a lot, of well deserved “down time” but, not Wayne Christian. 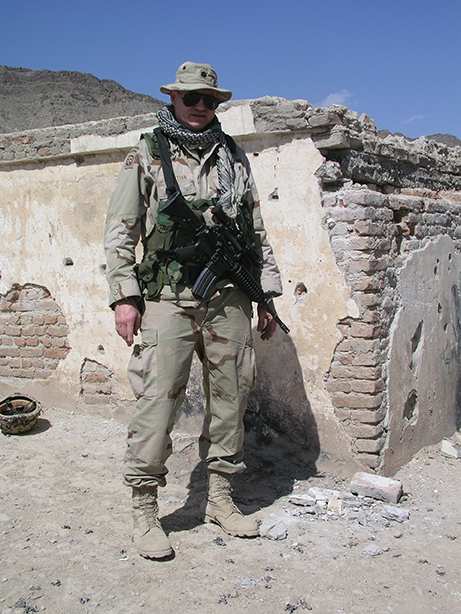 His distinguished military career actually occurred in multiple stages – his initial role as an active duty infantry and JAG officer (82nd Airborne Division) then later, followed by his part-time status in the Army Reserves as a Special Operations Legal Advisor. And, it was during the latter when Wayne, no longer “on duty” 24/7, reverted to civilian status and “hung out his shingle” working as a criminal defense and family law trial attorney in San Antonio. Then, after 12 years successfully building his private practice, Wayne was approached by an area judge to consider “running” for a contested bench at County Court of Law No. 9. As the only Republican elected county-wide, the now “Judge” Christian presided over countless local cases involving thefts, assaults, quality of life issues and other crimes. His presence and personal abilities within the courtroom not only garnered praise from his fellow professionals but more importantly, also from those who were victimized and sought legal relief (and restitution). Eventually, however, thanks to the uncertainties of politics, the former Army parachutist was unseated and, for one adventurous year, reverted back into his active duty military role with the Army Special Services which resulted in his deployment to Afghanistan during the Enduring Freedom operation. Upon his return (and with his 30-year retirement from the Army) he resumed his private practice for another productive seven years before winning (again) another judgeship (for County Court No. 6) for which he would ultimately prove to be perfectly suited.

His new venue had been designated the Bexar County Veterans Treatment Court which was an entirely new concept recently adopted by the state legislature to handle cases involving ex-servicemen and women suffering from PTSD and traumatic brain injuries. With Wayne’s extensive military and legal background coupled with his desire to help the many others who had also served, his new court at law quickly proved its worth by providing the expertise and empathy to achieve targeted solutions and resolutions. Judge Christian’s leadership over the Bexar County VTC eventually propelled it into the largest of its kind in the nation. And, as the veteran judge proudly attests, “Since inception, this court has disposed of more criminal cases and recovered more restitution for victims than any other court in the county’s history.”

Today, while still expertly presiding over the VTC, Wayne still finds time to share his extensive knowledge and proficiencies with others including his acting as a legal advisor and instructor to various law enforcement agencies as well as teaching trial advocacy classes while consulting on terrorism law at his old alma mater, St. Mary’s. And, he remains heavily involved in the Boy Scouts, the Conservation Society, the San Antonio Bar Association, the Wounded Warrior and Family Violence Prevention Organizations and others. Now, that’s a full caseload.

In summation, as Wayne attests, “I have continuously violated the age-old adage, ‘never volunteer’ and, never regretted that violation.” His selfless contributions (past and on-going) remain many and, as this inspirational ‘09er so ably illustrates, for Judge Wayne Christian “in the service of others” truly is more than a catchphrase, it’s a dedication. All rise! 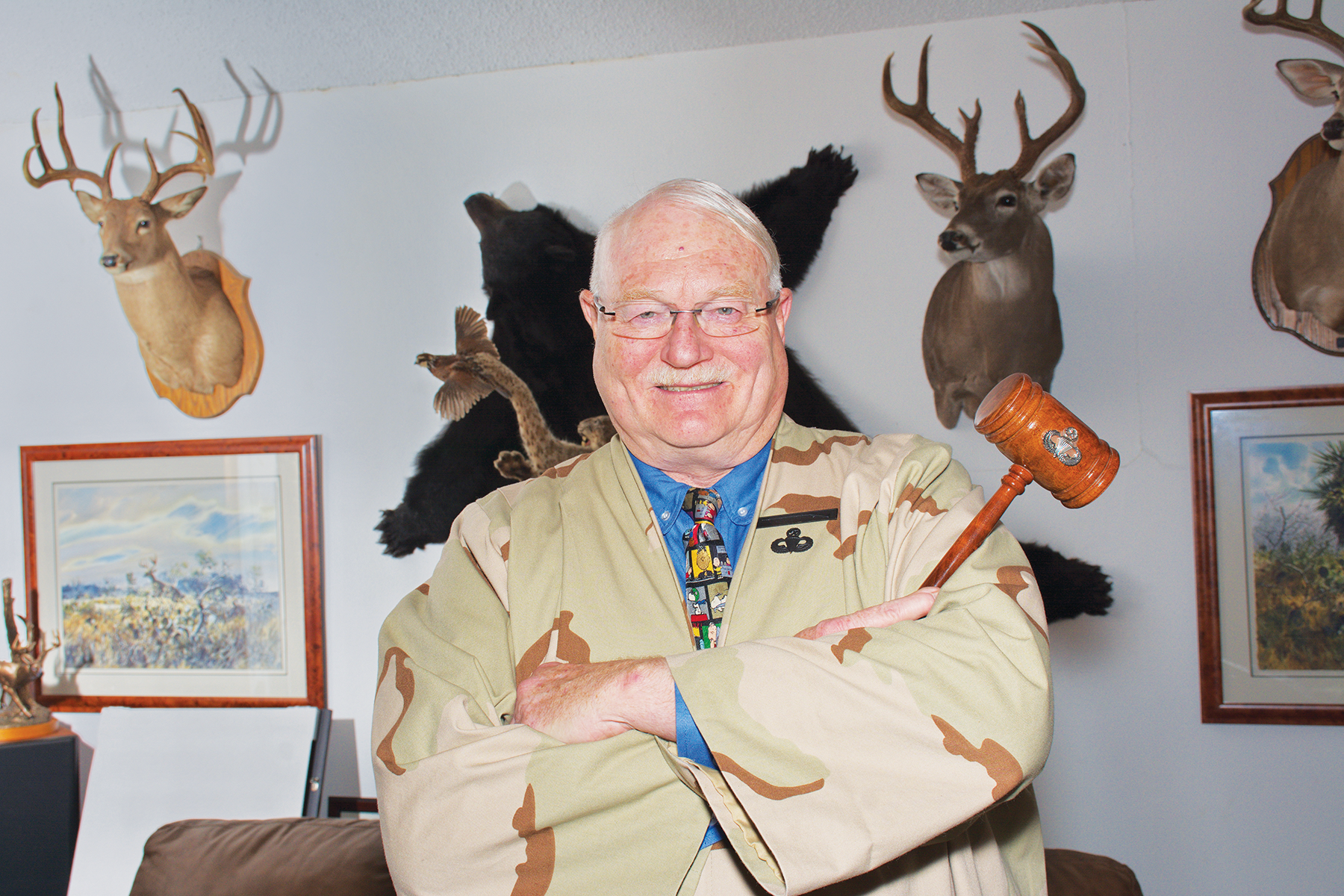