Upon meeting 78209’s ever-so-energetic Heather Davis, one is immediately struck by the impression that “this gal really gets things done!” And that impression would be correct. Professionally and personally, Heather excels in meeting challenges head-on, then, in her words, by establishing “connections,” finding workable solutions to problems and/or roadblocks that limit performance or well-being and — most importantly — reaching desired goals. 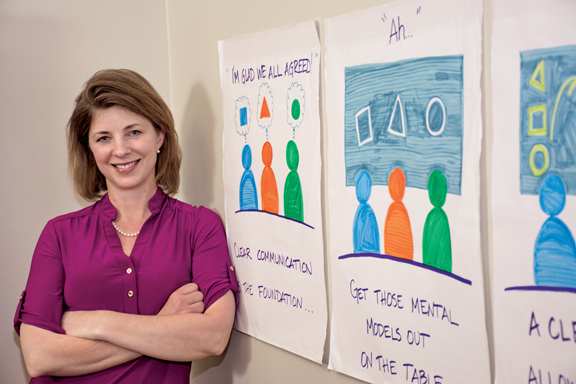 As an advocate within the corporate boardroom or when tackling issues much closer to home, this savvy and supportive cheerleader, guide and guru ably forges links that, when joined, lead to successful outcomes. In all things pertaining to her active and successful life, Heather truly is “well-connected,” and it definitely shows in all she does.

So just what does a connector do? Quite simply for Heather, it means developing, enlisting and facilitating relationships with diverse entities (people, groups, institutions, organizations, etc.) that through a shared effort can, and do, make positive things happen. She’s proven this while working within and for large prestigious companies and while confronting deeply personal issues. Connecting is a powerful tool with multiple applications, and she joyously embraces it. After years of working and learning within corporate America and now on her own — but not alone (think connections) – Heather remains prepared to confidently and connectively face anything and everything commercially, physically, spiritually and emotionally, today, and of equal importance, tomorrow.

While not a native ‘09er, Heather’s connection to the area goes back quite a way. Her grandparents lived in the Northwood neighborhood in the 1950s. And while she grew up in Temple, Texas, attending Trinity University eventually led to her relocating to the Alamo City. Then, as a newlywed, Heather moved into 78209, and with one brief exception, has made the ZIP her home ever since.

Professionally, Heather — thanks to her can-do personality and people skills — initially set up shop as a small public relations and marketing firm. While successful in redesigning websites and handling promotional partnerships (connections) for clients, as she recalls, “It was fun, but I didn’t love the overhead costs, so I decided to jump on the ‘client’ side.” And that she did. Joining San Antonio’s premier high-tech hosting company, Rackspace, Heather spent nine productive years working as an operations specialist tasked with crossing company lines to find “better ways to do things as a team.”

Because of the scope of her assignments (i.e. working with multiple divisions jointly), she quickly discovered that making connections and getting buy-in from diverse participants was the most effective way to meet objectives. Through her own self-generated development coupled with additional educational support from management, Heather excelled in her role, resulting in industry-wide kudos for her efforts. And as she readily admits, no project ever really had an ending point, because “continuous improvement was always part of every program I handled.” 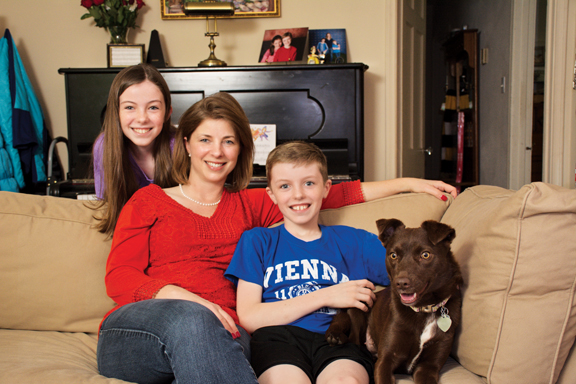 It was in her personal life, however, where Heather faced some of her biggest challenges. As she recalls, “In July of 2013, my father was diagnosed with terminal cancer. The next week, my divorce was finalized. By December, I had lost my house, forcing my two children and me to squeeze into a tiny apartment. Then, a few months later, I was told I also had cancer. It was the lowest point in my life.” But thanks to her many intimate “connections” – family, friends, church and other valued acquaintances – she was able to ultimately soldier through. As she remembers, “It was these ‘links’ during this ill and seemingly helpless time that I’m most appreciative of.” And as she further admits, “Because of the selfless actions of others, the experience truly bolstered my faith in humanity while giving me something positive to focus my energies on. I couldn’t have done it alone.”

Today, a healed and healthy Heather is back on the fast track, having just formed her new consulting company Clear Points Results – an enterprise dedicated to helping other companies through team building and, of course, via connecting, “operationalize their mission statements.” As she explains, “Being a facilitator and a good listener, I’m able to draw people out and help them connect the dots between themselves, thus clarifying their firm’s desired direction and goal, then providing techniques to ensure that that direction is maintained to put those goals within reach.” It’s neat stuff, and she’s very good at it!

Besides all of her cutting-edge commercial activity, however, Heather saves the closest connectivity for her children, Nicola and Alex. Both are well-adjusted, playful, happily enrolled students within the AH school system, and both are, as mom proudly declares, “my delights.” And as a small payback to the support she received in the past, she also devotes substantial time to the governing body of her church, Alamo Heights Presbyterian Church.

Yep, no matter the situation, this gal really can get things done, and that’s pretty special. Why, if you haven’t met her yet, maybe someday you’ll make the connection too. You’ll be the better for it.