Jennifer Colglazier Is A Woman On A Mission 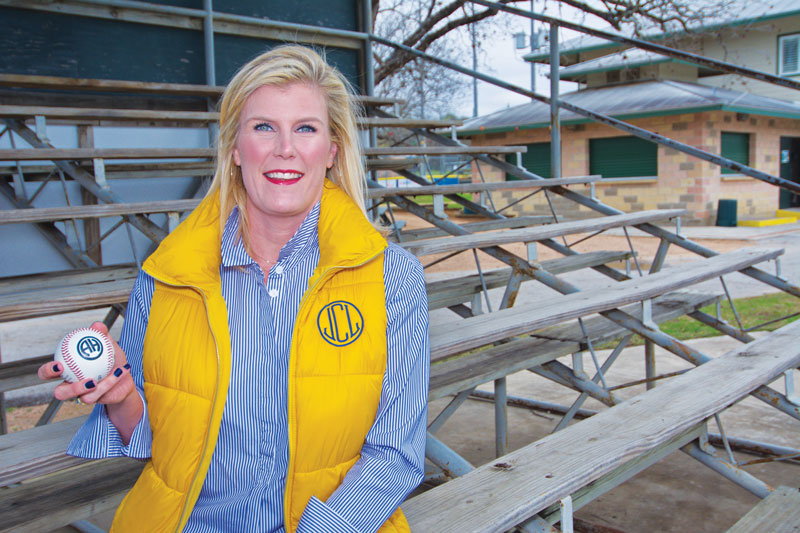 Some people act like life is just a game – keeping score, competing, sharing the excitement with others and basically, having fields of fun. It’s a neat attitude that can make a player’s days a little lighter and definitely a lot more interesting, for themselves and, those fortunate enough to be around them. Quite simply, to these special individuals, fostering team spirit is paramount and the results can positively ripple across relationships enhancing a greater good.

Our own Jennifer (Leske) Colglazier epitomizes this up-tempo, rah-rah philosophy via her many personal actions, professionally and/or otherwise, and nowhere is this more in evidence than through her long association with Alamo Heights Little League baseball. First drawn in by her children’s early participation within the organization, and initially assuming the role of a proud, grandstand-bound “baseball mom” to her current ascendancy as its president overseeing the entire concern, Jennifer has more than proven to be a big hit in 78209 by seasonally going to bat for our kids and obviously, having a ball doing it!

A fourth-generation San Antonian, Jennifer first came to the neighborhood in 2003 when she married her husband John, a long-term ‘09er. And, she quickly adapted to her new life in 78209 forming numerous friendships while establishing various area connections that included membership in the Battle of Flowers and the Pi Beta Phi Alumnae Club while also serving as a volunteer at Woodridge Elementary School and, as a board/committee member of Good Samaritan Community Services. But, with the advent of parenthood (she and John have two children, 14-year-old Hattie and 11-year-old Albert) additional demands would require her attention. And, among the many day-in, day-out doings involved in rearing youngsters, organized sports eventually came into play. Little League baseball and softball, always a popular facet of our family-oriented Alamo Heights culture, inevitably became a part of that mix.

In 2010, daughter Hattie was set on playing Tee Ball and she and John had no objections since, as Jennifer recalls, “All of her friends were signing up too.” The end result was the formation of the all-girl “Pink Poodles” with a cheering Jennifer lending sideline support while John became the team’s assistant coach. With that first season underway, as Jennifer admits, “When I saw how much fun these little ones were having, I quickly became hooked.” Every year since, with both children now eagerly participating and moving up through the age brackets while continually honing their considerable baseball skills on the league’s park-adjacent diamonds, Mom and Dad have remained full supporters and ardent fans. 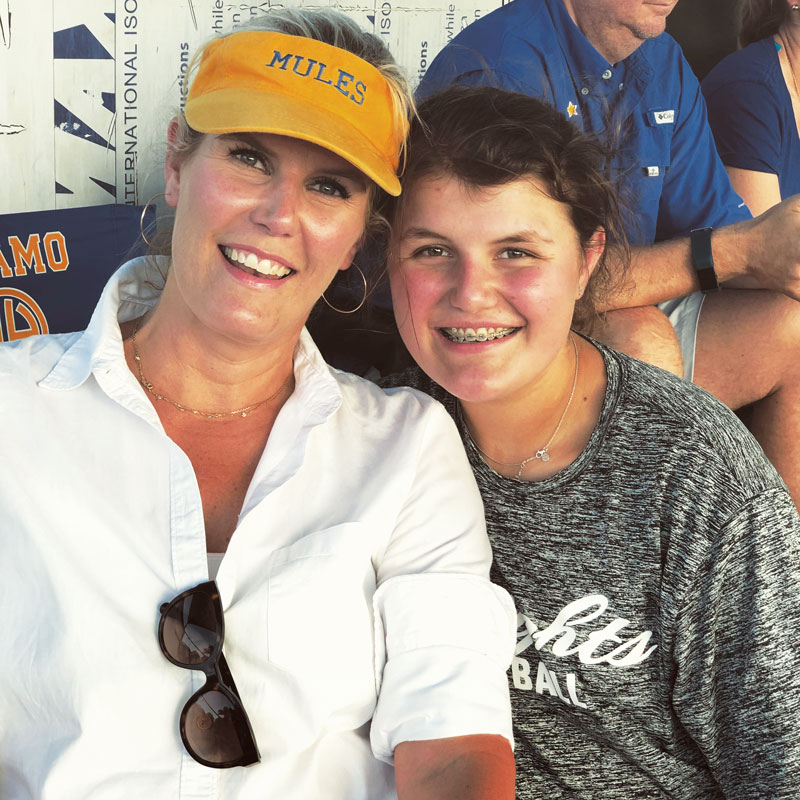 Jennifer, a naturally gifted educator, in 2011 became a math instructor at the venerable San Antonio Academy, a position she still holds today. Her professional obligations coupled with her other community commitments while also being an involved mother of two very active children would certainly be plenty for most to reasonably undertake but, even with that load, the tireless teamer would still find time in her busy schedule for the Heights Little League. Handling a number of various volunteer duties over the years, by 2016, as an elected board member of the area League, Jennifer was asked to be its secretary as well – a position she readily accepted. Excelling in this role, she kept the organization organized and, as her co-members attest, “Humming smoothly.” Greatly appreciated for her seemingly endless contributions, last year, the board unanimously elected Jennifer to the League’s highest position – its president. Starting a two-year term this month, Jennifer looks forward to the challenges of overseeing and coordinating myriad players, coaches, teams, volunteers and others who all pitch in to ensure another fun and fulfilling season for all involved.

Thankfully for Jennifer (and the League), she’s imminently qualified for the tasks at hand. With her years of experience balanced by her substantial managerial abilities, she’s more than game to hit the bases running. Her new duties as the uber-likable president include selecting and appointing managers, umpires and delegated committees. She is also the liaison between the Alamo Heights group and Little League International, the governing body that oversees all the leagues around the world. As president, according to her official job description, she “needs to be the most informed officer” of all the other involved local parties and, to those who have worked alongside of the incredibly adept and affable Jennifer, on game days or otherwise, she’s been nothing less than the winnable equivalent of an over the fence homerun with the bases loaded.

So, as March excitingly approaches and the kids (and even their parents) start oiling up their gloves and making practice swings with formerly idled bats, remember Jennifer Colglazier. She’ll have been on deck and loosening up since late last year (and before) preparing to make this coming season something special for the players, their families and everyone else with a love for youth-oriented baseball. But, that’s just Jennifer’s way of going to bat for our kids! Strike!