Disney Dazzle and Dessert
On May 20 and 21, the Alamo Heights High School theater department rocked the AHHS cafeteria with a sing-along starring Disney princes and princesses. Mickey and Minnie Mouse then hosted a dessert after-show for hundreds of area youngsters and their parents. The event raised just over $4,000 to help support the high school’s drama program! 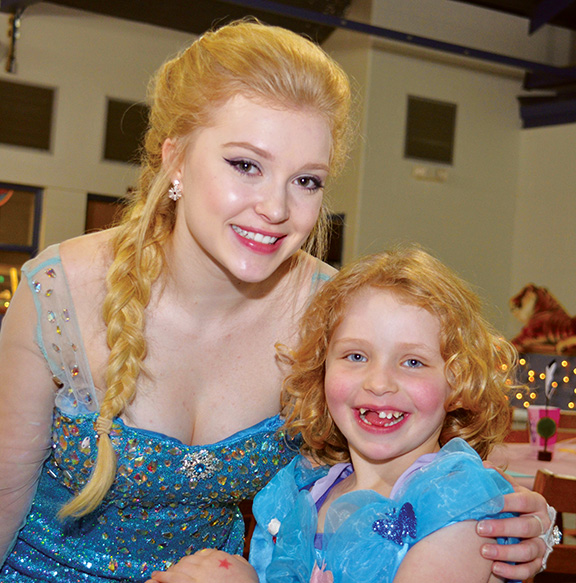 Drama advisor Andrew Denny said the entire program – from concept to implementation – was student conceived, orchestrated, driven and directed. He singled out 17-year old Presley Weber, a rising senior, who brought the idea for Disney Dazzle to him. With his OK, she managed the entire production.

Weber told 78209 magazine “There were 43 Disney characters in the show, including one person running sound backstage (she was still in costume though).” Weber brought Elsa, from the Disney movie Frozen, to life. Measured by cheers and giggles from 5- and 6-year-olds in the audience, the production was a huge hit. Moms and dads in attendance were overwhelmed by the talent and scope of the production. The high school’s theater program, under Denny, has more than doubled in size since he took it over two years ago. Weber said, “I hope we do this show every year.” 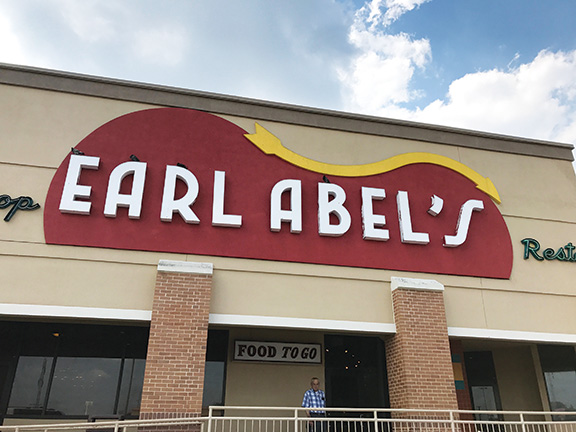 While Earl Abel’s management won’t confirm it, word is the restaurant will be moving from its Austin Highway at Seidel location to the Pearl area. The restaurant opened in 1940 at Broadway and Hildebrand, but it was forced to relocate when a 21-story condominium – The Broadway — took over the site. Earl Abel’s moved to 1201 Austin Highway in 2006.

Earl Abel’s management told 78209 magazine they’re “not prepared to go public with that information at the moment” on reports they are moving to the Pearl. But a server, who asked to remain anonymous, said, “When I was hired, the owner told me that in six months he is moving the restaurant to a new location near the Pearl, probably on Broadway, not far from the original location.”

The server added, “The owner plans to close the Austin Highway location.” This just in: “Sources tell 78209 Magazine the restaurant will move to 1639 Broadway, next to The Pearl, where Timbos hamburgers has been for the past 10 years. Timbos recently lost their lease.

What’s up with BurgerFi Post-Tornado? 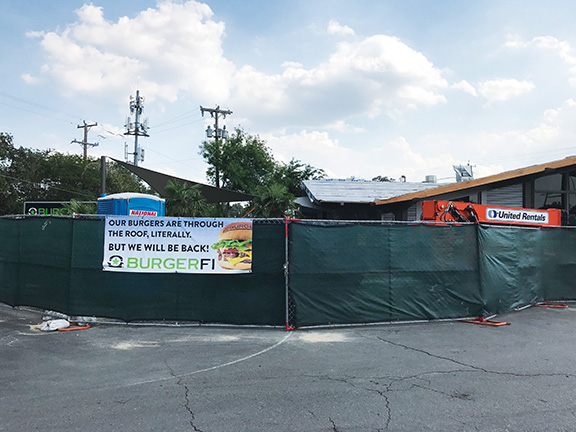 When a tornado this past April ripped off part of the roof at BurgerFi, across from the Oak Park H-E-B, the owner reportedly planned to repair the damage and quickly reopen the restaurant.

But once building inspectors saw that part of the roof was gone, the owners were required to meet the latest building codes, as if they were constructing a new restaurant.

What was grandfathered in when BurgerFi took over the old Milano’s location in the shopping center was no longer permitted, according to someone in the know. And with that requirement came added costs and delay in repairing and reopening the restaurant.

But the project on Eisenhauer Road has been stalled for months while lawyers discuss an old deed restriction that may prohibit construction of two-story homes in portions of the Oak Park/Northwood community. Portions of the community were originally developed in 1955 by H. B. Zachry, a San Antonio construction company. Whether the covenants or deed restrictions are enforceable in 2017 is the issue. Meanwhile, the old ball field sits and waits.