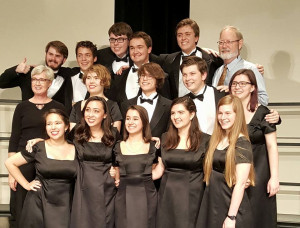 AHHS Choir Students Earn Place on Regional Choir
The Fine Arts program at AHISD just completed a round of musical competitions and auditions with great representation and talent showcased by Alamo Heights High School and Alamo Heights Junior School choir, band and orchestra students. Several students earned places in the All Region band and/or All Region choir, and several advanced on to audition for All State.

AHHS’s Andrew Butts earned a place in the Texas Music Educator Association’s (TMEA) All State Orchestra. Butts, who plays the string bass, was one of 12 students from San Antonio to make All State and the first from AHHS in four years. Although he auditioned as an orchestra student, he will actually perform with the All State Symphonic Band, the top band. He is one of the top 35 high school bass players in the state.
Butts was also accepted into the TMEA Region 12 Symphony Orchestra on bass, as was Presley Heikkila. Benita Lee made it on violin; Isaac Fuentes, on viola; and Max Healy, on cello for five total positions at Region this year. Three of these students — Lee, Fuentes and Butts — also advanced to the Area Level recording for all-state consideration.

AHHS Teams Design and Build Robots for Competition
Each year, Alamo Heights High School robotics teams design and build robots for an annual robotics competition. AHHS teams this year include “Machina Revixit,” the girls’ team, and “After Thoughts,” the boys’ team. Each will create a separate robot for competitions. Teams were sponsored by robotics teacher John Munoz.

The goal of their class is to design, build and program a robot for the First Tech Challenge (FTC) Competition, an organization based in New Hampshire that works to inspire young people to pursue education and career opportunities in science, technology, engineering and math (STEM). Every September, FTC releases a challenge for the season’s robots. Each team receives a starter kit that can be reused each year and includes materials to help design and build a robot. To finance their robot, students hold fundraisers and ask local businesses for sponsorships. “Taco Cabana has sponsored us, along with various other companies,” junior Allie Shub said. “However, we are still trying to find sponsorships from local businesses.” Students who compete in FTC events are also eligible for over $13.5 million in scholarships.

“I joined robotics at the beginning of this school year,” says junior Edgar Alcantar. “So far, my favorite part has been the small competitions we have done.” Sophomore Hank Hymphries added, “It can be challenging to figure out how to accomplish all of the various and complicated tasks in the year’s competition. However, I love how the team comes together to solve problems.” 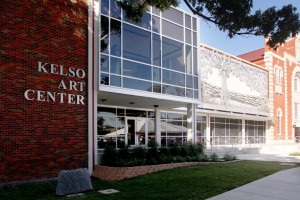 library.
The concert hall seats nearly 500, and the mezzanine of the former fine arts auditorium, now the concert hall, has been converted to a lecture hall for fine arts classes.
The newly renovated art building is now the Kelso Art Center. It has separate spaces and studios for drawing, painting, printmaking, photography and art history as well as three galleries, the Kelso Gallery, Semmes Gallery and a student gallery. The new art building offers students a computer lab for digital photography, two darkroom labs for photo classes and a designated lighting studio for photography students as well as an exposure unit for photographic screen-printing processes.
In addition, the center also features a mural donated by the Russell Hill Rogers Fund for the Arts and designed by local artist Cakky Brawley. The mural, The Source of Life, is a 40-by-20-foot aluminum sculpture designed to articulate with the wind. In daytime, it reflects the natural sunlight. In the evening, the mural will be LED- lit, depicting the sunrise and ending with sunset.
No Lying …
SMH Student Named “Biggest Liar” in Texas
Saint Mary’s Hall Form Five student Dixon Sampson won first place as the “biggest liar” at the 28th annual George West Storyfest on Nov. 7 in George West, Texas. Dixon wowed the crowd and judges, winning the honor of being the “best youth liar” in the state after competing with three other youth contestants in the festival’s Texas State Youth Liars’ Contest. Dixon’s story included pumpkin pies raining from the sky, a boy getting stuck on a 50-foot tower of ice and working with NASA. His wild tale was a smash with the crowd and had many laughing in their seats. When the winners were announced, Dixon said, “It was one of the best feelings of my life! I knew the competition would be filled with good storytellers, so I did not count on anything. ”
Dixon will be competing later this school year for the chance to become a 2016-17 Torchbearer and act as “Storytelling Ambassador” at events throughout the year, by presenting his stories across the nation. Over the past seven years, Saint Mary’s Hall has seen 13 students win the coveted title of National Youth Storytelling Torchbearer.

St. Luke’s School Is Silver & Black
Give Back’s 2015-16 Team Up Challenge Semifinalist
St. Luke’s Episcopal School has been chosen as one of Silver & Black Give Back’s 2015-16 Team Up Challenge semifinalists. The school was awarded $2,500 to begin their service-learning project. Semifinalists were selected based on proposals submitted for projects to improve their communities and were announced in a surprise ceremony at the AT&T Center, with help from Spurs forward Boris Diaw, the Silver Dancers, the Rampage Ice Girls, the Coyote, T-Bone and Andrew Monaco.
As a part of their project, St. Luke’s students will partner with Good Samaritan Community Services to help fight childhood hunger on San Antonio’s West Side. Students from several grade levels will shop, prepare and deliver weekend snack bags to children participating in the Good Samaritan Center’s after-school program. The project is led by the director of student life, Robin Davenport, and eighth-grade students Sydney Murray and Caroline Hale. For more information about St. Luke’s Episcopal School and the Team Up Challenge, visit www.teamupchallenge.com. or www.sles-sa.org. 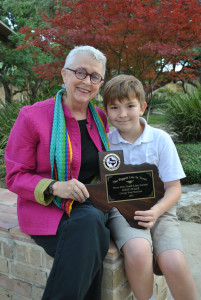 St. David’s Episcopal Church and School Hosts Open House
St. David’s Episcopal Church and School will host an admissions open house on Tuesday, Dec. 8. One of St. David’s most attractive programs is its kindergarten. Boasting a small student-teacher ratio, a challenging curriculum, daily chapel and opportunities to grow leadership skills, St. David’s Kindergarten has been preparing its students for success in the elementary grades for over 60 years. The school also offers classes for students from three to 15 months of age through its Bright Beginnings infant and toddler program and 16 months through kindergarten in its fully accredited day school.
Registration for the 2016-17 school year begins in January. Interested families are welcome to tour and inquire about the school anytime by appointment. For details visit www.saintdavids.net, www.saintdavidschool.net or call 210-824-2481.

Saint Mary’s Hall To Host Lower School Previews
Saint Mary’s Hall will be hosting Lower School preview events on Jan. 8 and Feb. 5 for parents and their students interested in Montessori-5th grade. The events will start at 7:45-10 a.m. at 9401 Starcresr Drive. RSVP at 210-483-9234 or visit admission@ smhall.org for more information. 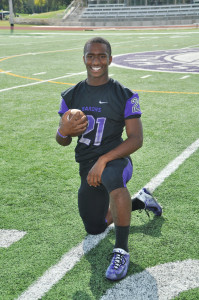