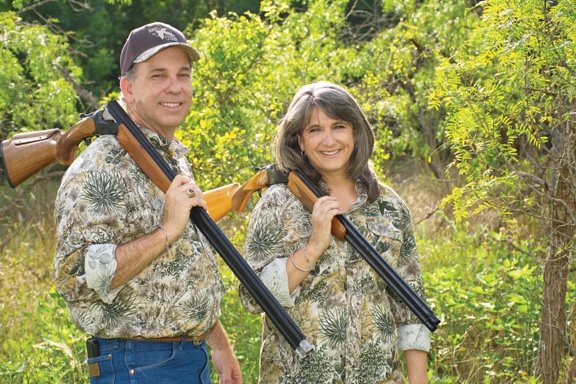 Quite simply, dove hunting and 78209ers go hand in hand. For over a century, across our ZIP code and the Lone Star State in general, the pursuit of this much loved game bird has played an essential part in providing an excellent source of protein for the table — but perhaps even more importantly — annually uniting thousands of avid sportsmen and women, young and old, in an atmosphere of wholesome outdoor excitement and bonding camaraderie.

And on an even deeper level, for many long-term participants, the joys of wing shooting have become nothing less than an eagerly anticipated familial rite whose enjoyment has been passed down from one generation to the next. Whatever the motivation — family, food or fun — dedicated to facilitating, encouraging and preserving the same is the member-supported Texas Dove Hunters Association, established exclusively to ensure a positive continuation of this shared and treasured tradition.

In today’s changing (and at times challenging) environment, staging the successful Texas dove hunt can be a trying experience. Urban sprawl, legal restrictions and other impediments can often make it difficult to participate. This is what TDHA founder, lifelong hunter and AHHS alum Bobby Thornton discovered when he returned to his native state after a 10-year absence. As he recalls, “I remember when things were more casual. Day leases were a short drive away, and all a would-be hunter needed to do was knock on the farmer’s door, where for a few dollars, permission could generally be obtained.” In many cases now, the “farmer” is gone, and the land has been developed or absorbed within restrictive city limits. Other challenges also exist.   Even traveling far afield to find a place to hunt could also be hit or miss. 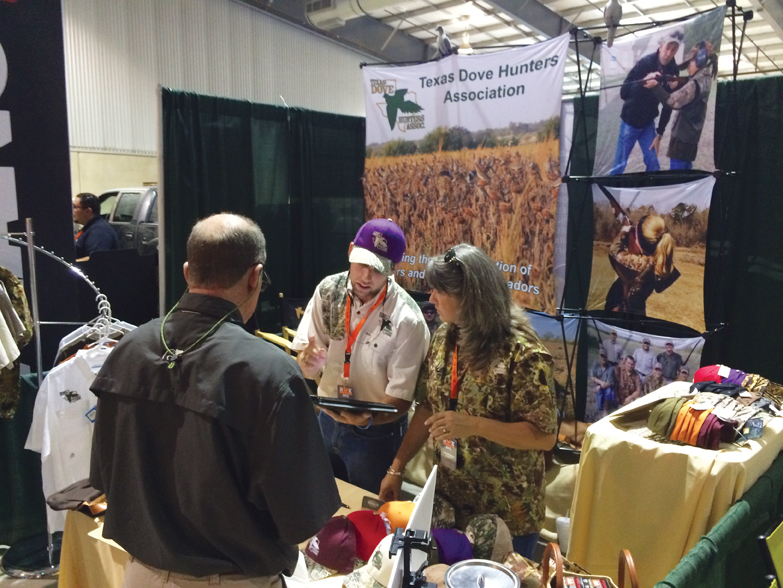 Bobby saw a need for a clearinghouse where shooters, land owners and others involved in the sport could come together and simplify the process of matching the hunter with a productive location. That clearinghouse ultimately became the Texas Dove Hunters Association, which was established by Bobby and his wife, Susan (also a Heights grad), in 2012. Since then, the ’09-based association’s mission has taken wing, now becoming even more inclusive and accommodating through the participation of myriad other related entities, all involved in guaranteeing a shot at a full game bag.

Today, as Susan relates, “TDHA, through its website, texasdovehunters.com, and its publication, Texas Dove Hunters Magazine, has become a one-stop shop for hunters.” Besides identifying lease locations, the association offers extensive lists of outfitters, hunting supply stores, dog breeders and trainers as well as providing important information on such pertinent topics as environmental issues, licensing, boundary lines, bag limits, seasonal dates, legal matters and even preparation tips for cooking the birds. Beyond the handy commercial connections, TDHA also has links to the Texas Parks and Wildlife Department (Bobby serves on the department’s migratory game bird advisory committee) and other state and national wildlife associations where further relevant information can be obtained. Additional notifications announcing exclusive family-friendly member/guest hunts, banquets, sporting clay fundraisers and other hunting events are also highlighted on the website and in the magazine.

After four years, membership continues to soar as more and more have discovered and availed themselves of TDHA services. Currently 2,500 hunters statewide have joined the association with chapters in San Antonio, Houston, Rio Grande Valley and soon in the Metroplex. There are even two university chapters, one at Texas A&M and another at Texas State. Additional university chapters are in the works. In many cases, entire families have been welcomed into the association. Bobby and Susan are especially pleased by this because one of TDHA’s stated goals is “growing the next generation of hunters and wildlife ambassadors.” As Bobby explains, “An important aim of the association is ‘getting families in the field,’ where the experience can be mutually shared.” Susan adds, “We know that hunting builds closeness, and we support that.”

TDHA operates as a nonprofit 501(c)3,  financed through donations and fundraising events. And a laudable aspect of the association is its ongoing philanthropic efforts. Since its inception, 26 financial scholarships have been awarded to deserving high school graduating seniors.

With a further emphasis on well-being and education, the association now offers instructive Dove 101 classes across the state that focus on gun safety, hunting etiquette, bird identification and other pertinent topics. Another recent undertaking is its Habitat Improvement Program in partnership with the Texas Parks and Wildlife Department. Landowners are encouraged to participate in this inclusive service that provides help and guidance in establishing good practices to improve bird habitat and enhance attraction and sustainability.

With so many services and benefits currently available from the Texas Dove Hunters Association (and so much more to come), the Thorntons feel confident that all hunters, in 78209 and beyond, should give membership a shot because this association has truly proven to be a hit.