Halloween is Scary, for Pets! 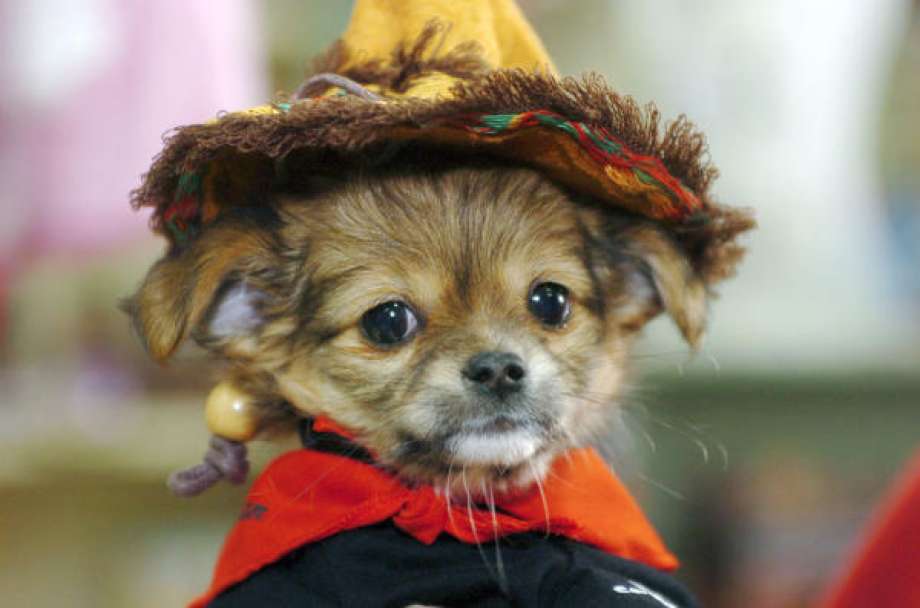 People might assume that what’s fun for them, is fun for us.

“Costumes cannot be really heavy, as hot as it is still going to be. They can get heatstroke. And you don’t want them to be too tight, because they can constrict,” he says.

These are just some of the warnings the veterinarian has, about Halloween, and animals.

He doesn’t really care for putting pets in costumes.

And, we don’t really care for it, either. How can you tell?

“Panting, and they’ll just lay down,” says Richardson, in rebellion. “You can also feel the inside of their ears.” To cool down, dogs release heat through their ears and belly. If the ears are warm, the dog is too warm.

“Some of these costumes, they use elastic bands, and they can constrict, cutting off blood supply.” 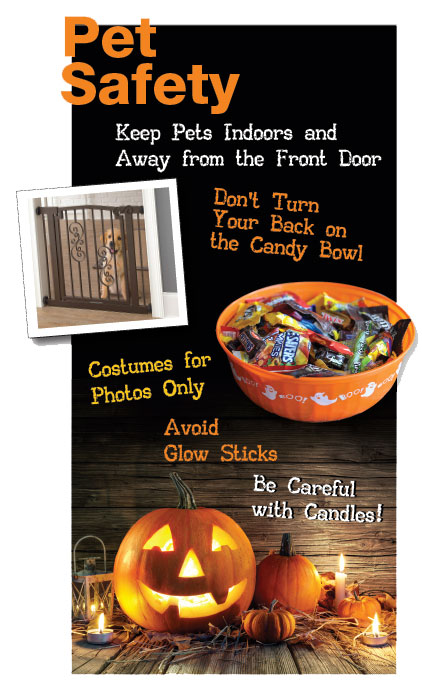 Long-haired animals can be entangled in the costume’s elastic, requiring an emergency haircut.

“But then, you don’t want the costumes too loose, because they trip on them, or get bound up in them.”

It is OK to transform your Golden Labrador into a lobster, but just for the pictures. “I wouldn’t put one on a dog, and leave it, all evening. And, I don’t think it’s a good idea, to take dogs trick or treating.”

Dr. Richardson may be conservative, but he cares.

“Animals are helpless. They rely on us to keep them safe.”

“And keep them in the back part of the house. I don’t even like to have them up, at the front door.”

Because, as you open the door, to hand out candy to trick or treaters, here comes Fido. “They’ll just bust out, and run off.”

Not very trustworthy, are we?

And, don’t you know, that we are just waiting, for you to turn your back, on the candy bowl?

“If they do get into some, they need to regurgitate it,” says Dr. Richardson. A few tablespoonfuls of hydrogen peroxide, one at a time, should do the trick, then walk them around a bit.

The curious among us also might eat your decorations.

“They’ll eat a corn cob, or moldy pumpkin, you got to be careful of those things. But, anything with a candle, I don’t trust around dogs, or cats, who might jump up, and knock it off.”

“Dogs, with their curiosity, might lick it, and possibly take a bite of it. Just put them off somewhere by themselves, and let them be a part of things, when the whole thing is over.”

Not only can amateur Halloween pranksters upset your animal, beware of the real witches, and warlocks, out there.

“Dogs and cats do not need to be outside, during Halloween. Somebody bad could do something to them. You don’t even want them in the backyard,” he says.

There have been verified accounts of occultists harming feral cats who reside at Brackenridge Park. That is why shelters do not adopt out black cats anytime near Halloween.

To celebrate fall with Fido, go for a stroll at a pumpkin patch.

Take a nature walk, to see the changing leaves.

Sit outside for a spice latte, and watch the people go by.

And spare us the screaming kids, scary costumes, and things that go bump in the night. 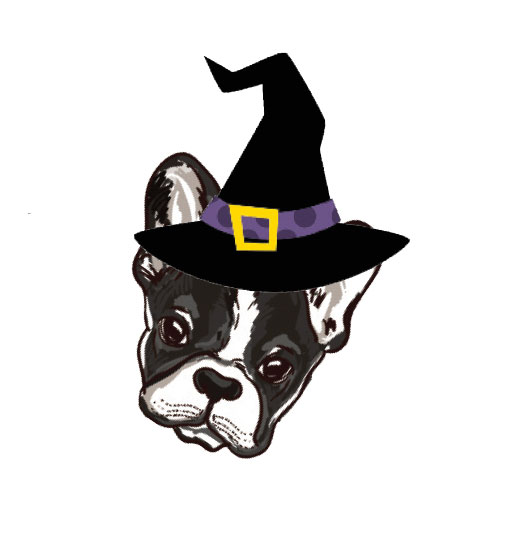