When Sandra and Stanley Rosenberg purchased the home in 1984, much of the formality was retained, but the happiness that they brought into their new home permeates throughout.

When Sandra and Stanley Rosenberg purchased the home in 1984, much of the formality was retained, but the happiness that they brought into their new home permeates throughout. “When I first looked at this house, I said, ‘I’m not grown-up enough for this,’” exclaims Sandra. “Orville Carr came over and said, ‘You’ll grow into it.’” 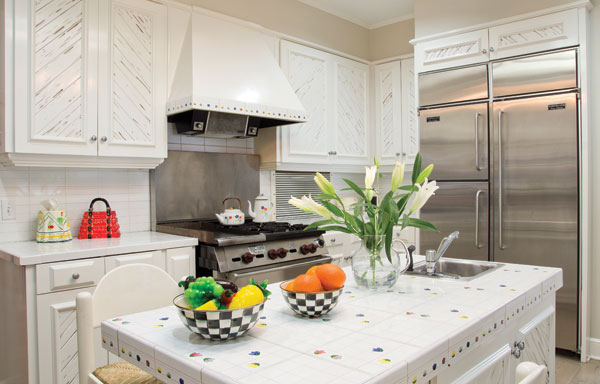 And she did, but not before a little remodeling was in order. The kitchen was gutted, and new countertops were expanded so that modern appliances could be installed. A master suite addition included a sitting room, personalized storage space and bath. Outdoors, a pool was added with an outdoor fireplace, patio and pool house for entertaining. The fireplace can be viewed from the formal dining room and is often lit on winter’s evenings. A porch was converted into the breakfast room, just off the formal dining room. With a joie de vivre that envelops their home, celebrations have benefited community organizations, welcomed friends and brought family members together for almost 30 years. The Rosenbergs’ home is the setting for lighting the Hanukah menorah and conducting the Passover Seder, for festive meals on birthdays and backyard pool parties that have included the entire Alamo Heights football team when a grandson played for the school. 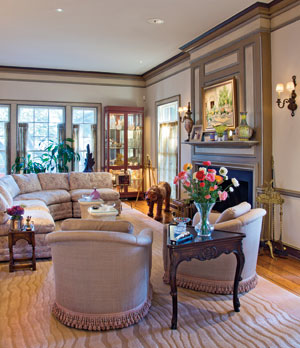 In the formal living room, collections of every kind find homes on built-in bookshelves and neatly arranged display cases. Many of their pieces were gifts from dear friends and clients of Stanley Rosenberg, a senior partner in the Loeffler Tuggey Pauerstein Rosenthal LLP law firm. Stanley is an avid reader, with volumes on Winston Churchill and World War II lining the shelves. An expansive collection of handpainted medal toy soldiers depicting British campaigns in India and the Sudan neatly marches across one expanse of bookcase in precise military parade. 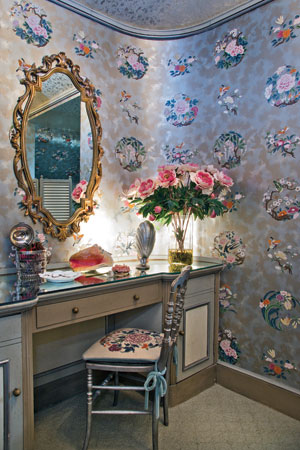 Framed photos of family members fill every room. Three beautiful daughters – Susan, Carol and Jill – and their husbands and children are prominently displayed with treasured pieces from both Sandra and Stanley’s childhood homes.

In the den, a recently upholstered sofa done by Orville Carr in an aqua Asian chinoiserie cotton blend nestles in a corner of the room with cozy overstuffed chairs for relaxing. Book-laden tables are close at hand. Sunlight dapples the room from a multi-paned window that allows a massive hanging basket filled with seasonal flowers to be enjoyed indoors. It was a gift to Sandra from her daughters on Mother’s Day. Armchairs were refurbished and covered in a modern fabric. The master suite was freshened with Italian fabrics and striped taffeta. It was one of the last projects done by designers Charles Forster and Carr before Carr passed away. 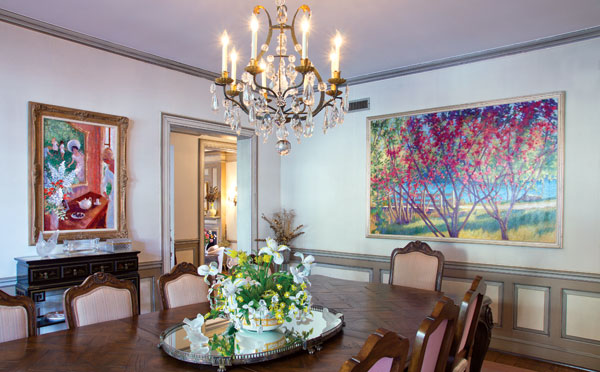 Carr would be pleased to know that the Rosenbergs have grown into their Alamo Heights home – beautifully.